Saturday is the Film Independent Spirit Awards and Sunday, The Oscars, and then that’s it. No more awards and the books on 2012 are finally closed. Time to move on. Well, not quite yet, next weekend maybe, but with the bulk of movie talk this weekend focused on the best in last years cinema, the studios are saving their big movies for March where they will get a little more attention. Not a terrible crop of movies out this week, just a touch on the thin side. It’s Oscar Weekend after all! 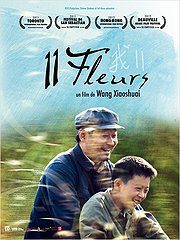 11 Flowers – We don’t get to choose when, where, or to whom we are born to, and it is that lack of choice that shapes our future. Wang Han (Liu Wenquing) is eleven-years-old during the final days of China’s Cultural Revolution. Wang is appointed to be the class leader for daily gymnastics, and asks his parents for a clean white shirt to put forth a good impression. His parent’s comply, but at great sacrifice. As Wang grows up, the world around him changes drastically, and the boy will be shaped into a man. From writer/director Xiaoshuai Wang, this film was released in 2011, but First Run Features is giving it an American run in limited theaters. 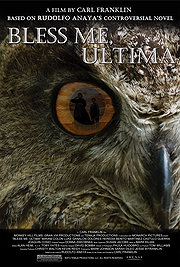 Bless Me, Ultima – Set in New Mexico in the 1940s, Antonio Márez (Luke Ganalon) is trying the best he can to get by and survive a world that is impoverished and plunged back into war. Ultima (Miriam Colon) shows up and she shows Antonio her supernatural healing powers that open his eyes up to a whole new world of possibility and beauty. Of course, supernatural healing powers are synonymous with witchcraft, and the townsfolk don’t care much for that, and the hunt is on. Written and directed by Carl Franklin and based off the controversial novel by Rudolfo Anaya. Out in limited release from Arenas Entertainment. My review can be read here.

Dark Skies – A white suburban family is haunted by something sinister, something otherworldly, and this time, I’m thinking its aliens. Danielle Barrett (Josh Hamilton) and Lacy (Keri Russell) are trying to build a home and life for them and their children, but something seems to be making life hell for them. Birds hurdle toward their house, strange marks appear on their bodies, moments of lapse in their memories, what is going on? They consult with Pollard (J.K. Simmons) who figures that aliens have targeted the family and that there isn’t a way out of this scenario, just a natural grisly end. Written and directed by Scott Stewart, The Weinstein Company releases the movie wide this weekend.

Future Weather – Lauduree (Perla Haney-Jardine) is a thirteen-year-old girl who is smarter than she should be. Fascinated by nature, and worried about global warming, she spends most of her time stuck in books and out playing scientist. Which is a good distraction from her negligent Mother (Marin Ireland) and her alcoholic Grandmother (Amy Madigan). Mom leaves one day and never comes back, and Lauduree can only keep up appearances for so long. She has to accept that her Mother bailed on her, and that she has to form some sort of relationship with her Grandmother, whether she wants to or not. This looks to be one of those movies that become a breakout for both the lead actress and the writer/director, Jenny Deller. Out in limited release from First Pond Entertainment, and then available via On Demand on March 1st, and DVD and iTunes April 14th.

Inescapable – If Taken 2 wasn’t enough for you, here comes an international take on Daddy rescuing Daughter. Good thing Dad has a very special set of skills… Dad (Alexander Siddig) has been in exile from his home in Damascus for over 30 years. Why did he leave? I’m sure that is connected with the reveal, but he knows that it is the reason that his daughter has gone missing. Now he returns home to find her, and finds the world he left exactly the way he left it, corrupt. He stops at nothing to find her, and enlists the help of Marisa Tomei and Joshua Jackson and quickly finds out that things are not what they seem. They never are. Written and directed by Ruba Nadda, IFC Films gives this a limited release.

Red Flag – He acts, he writes, he directs, is there nothing that Alex Karpovsky can’t do? Most of us know him from HBO’s Girls, but Karpovsky has been acting in quite a few indie/mubblecore movies over the past five years, so it’s only natural that he steps behind the camera and tell one of his own stories. Alex Karpovsky stars as… Alex Karpovsky, an independent filmmaker. He hits the road to promote his new film, brings along an old friend (Onur Tukel) for company, meets an adoring fan (Jennifer Prediger), suffers humiliation and pain, and all the usual hi-jinks that come along with a road trip. Out in limited release from Tribeca Films. 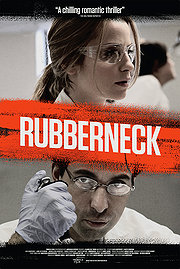 Rubberneck – Apparently Alex Karpovsky is such hot item, Tribeca Film is releasing TWO films starring and directed by the newly minted auteur. Garth Donovan is brought into help with the script, and whereas Red Flag looked like an autobiographical exploration of self, let’s hope that this one is pure fantasy. Karpovsky plays Paul, a Boston lab scientist, who is infatuated with one of his co-workers, Danielle (Jamie Ray Newman). When she starts dating another scientist at the lab, things turn very dark for Paul. A slow burn of obsession and psychosis where fantasy and reality merge into a haze of confusion. Out in limited release from Tribeca Films. 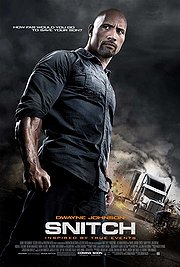 Snitch – This week’s action movie stars Dwayne “The Rock” Johnson, who, to be fair, is a pretty decent actor and a very convincing action star. I guess Vince McMahon found a real gem in this wrestler turned actor. Johnson plays a father who owns a construction business and after his son is charged with distribution of an illegal substance, he uses his business as a front to get in with the drug runners that set his son up. Of course, all road lead back to the Mexican Cartel, and I have seen enough episodes of Breaking Bad to know that they are not very nice people. Barry Pepper, Susan Sarandon, and Benjamin Bratt co-star with Ric Roman Waugh directing. Wide release through Summit Entertainment. 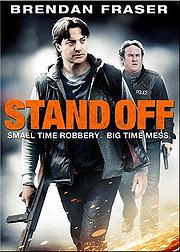 Stand Off – It may not look like the best movie out this week, but sometimes low-budget independent movies can be the funnest. Jimbo (Martin McCann) has a gambling problem and a good amount of debt, and boy does he need to come up with the money quick. Too bad that the fish market he decides to rob, also belongs to the Mob that he owes the money to. Pursued by the Mob, he is corned in a store and takes a few hostages including Joe Maguire (Brendan Fraser). Colm Meaney plays the hostage negotiator and Terry George is the director from a script that he wrote with Thomas Gallagher. Out in limited release from Arc Entertainment and on DVD March 26.

White T – Herbert & Henry are twin brothers who want to be the biggest rap act in the game. Biggest, that part they have down, but can they rap? That doesn’t matter, because they find a white t-shirt with a golden ticket that allows them to rap alongside of Real Deal. Then a giant Jewish kid comes along and steals their t-shirt with the golden (really?) ticket. Throw in a goat, a gypsy, and hodgepodge of character actors, and you got yourself one wild ride! Starring Jerod and Jamal Mixon as the brothers, script by Lance Frank, Blake Phillips with Phillips directing as well. Out in limited release from Project 8 Films.