Ain’t in it For My Health: A Film About Levon Helm – Levon Helm was the drummer and primary singer for The Band. When a folk singer from Minnesota named Bob Dylan decided to plug-in, he called on The Band. In 1969 they played Woodstock. In 1976 they played the Winterland Ballroom and broke-up for the first time. Since he was a kid, Helm has been banging away at the drums, strumming guitars, and singing songs, and just because he is north of 70 doesn’t mean he is giving it up. Director Jacob Hatley catches up with Helm and documents his latest album ‘Dirt Farmer’ and how it has brought him back into the public eye. Out in limited release from Kino Lorber. 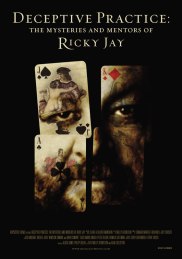 Deceptive Practices: The Mysteries and Mentors of Ricky Jay – You probably know him from a variety of movies, TV Shows, and a whole lot of David Mamet. When it comes to magic and sleight of hand, few are as good as Ricky Jay. This documentary from Molly Bernstein talks about Jay’s upbringing, idols and mentors, and how he has transformed the craft that he practices. Documentaries about people who love their craft and love talking about their craft are rich human studies. The best part is that Jay can tell you exactly what he is doing, and he does, yet you’ll never believe it happened, even though you were watching the whole time. Out in limited release from Kino Lorber this Tuesday. 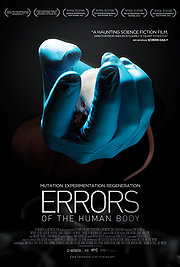 Errors of the Human Body – After losing his son to a rare ailment of cell mutation, Geneticist Geoff Burton (Michael Eklund) obsessively searches for the cure. As we have seen time and time again, obsessive doctors go down dark paths. Burton’s path takes his to Dresden, Germany and crosses him with Jarek (Tómas Lemarquis). One look at Jarek and you know that this is not the guy to get mixed-up with in experimental science. Supporting performances from Caroline Gerdolle, Karoline Herfurth, Rik Mayall, and Ivan Gonzalez. Written by Eron Sheean and Shane Danielsen with Sheean directing. Out in limited release and VOD from IFC Films. 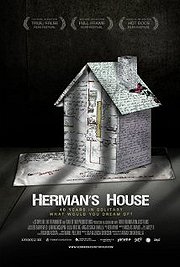 Herman’s House – In 1972, Herman Wallace was serving out a bank robbery sentence when he was accused of killing a prison guard. He was placed in solitary confinement and has stayed there since. Twenty-three hours a day, Herman has spent inside a six-foot by nine-foot room. What could you possibly think of to keep your mind occupied? In 2001, a young art student, Jackie Sumell, wondered that same question and sent Herman a letter asking him what kind of home he would like to live in. Years have passed and Jackie and Herman established and deepened a relationship unlike anyone else. This documentary from Angad Bhalla explores the two main players and Sumell’s on-going art project of Herman’s House. Out in limited release from First Run Features. 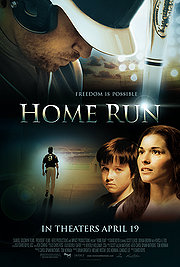 Home Run – Cory Brand (Scott Elrod) is a baseball superstar who has a pretty serious drinking problem. After getting popper with a DUI, the team suspends Brand and Brand’s agent (Vivica A. Fox) sends Brand back to his small hometown to coach a youth baseball team and join a local twelve-step program. Brand bides his time just waiting to get out, but the past that drove him to drink in the first place rears it’s head and must be confronted. Samuel Goldwyn is distributing this low-budget movie about redemption with a very clear message from the church. Written by Brian Brightly, Candace Lee, Eric Newman, Melanie Wistar and directed by David Boyd. Out in limited release. 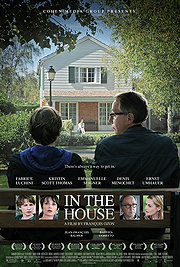 In The House – A teenage boy with a yen for storytelling meets a schoolteacher who has given up on his students, and has his passion restarted and encourages the lad. The subject the boy is writing about strikes a chord a little too close to home and the teacher wants the boy to turn it off. The problem is not the ability to turn it off, but the desire too. Why would we want to stop when we are having so much fun? Desire fuels and motivates all, makes sense why it works so well, and taste so good. Written and directed by François Ozon and starring Kristin Scott Thomas, Denis Menochet, Jean-François Balmer, Emmanuelle Seigner, and Fabrice Luchini. Out in limited release from Cohen Media Group. 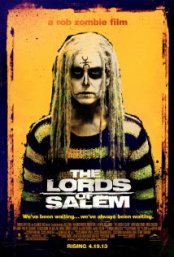 The Lords of Salem – It just wouldn’t be a complete week of  new releases without at least one horror movie. This installment comes from writer/director Rob Zombie, but it’s not a remake of a seventies horror classic, it’s a wholly original work about a Salem based Radio DJ. A mysterious record comes to her, and inscribed in the grooves are a satanic chant that releases the witches and lords of Salem. Father Thomas always said rock-n-roll was the music of the devil, looks like he was on to something. Sheri Moon Zombie stars as Heidi, the DJ who is either possessed or losing her mind, with Jeff Daniel Phillips, Dee Wallace, Patricia Dunn, and Bruce Davidson. Out in limited release from Anchor Bay Films.

Love Sick Love – Some men are just a touch afraid of commitment. It’s not their fault, it’s just who they are. Some men are afraid of commitment because they have had women in their life that was batsh*t crazy. This movie falls under the latter category. Like most traditional horror movies, a couple leaves the hustle and bustle of the city for a cabin in the remote woods with the promise of lots of sex and no disturbances. Usually a demon or a psychopath lurks in the cabin and makes life a hellish existence for the travelers. In this instance, the psychopath is the girl, who is willingly brought to the cabin. Written by Ryan Oxford, directed by Christian Charles and starring Lindsay Rose Binder, Dean Kapica, Jim Gaffigan, and M. Emmet Walsh. Out in limited theatrical release and VOD.

Oblivion – It’s 2077 and Jack Harper is the last man on Earth. His job is to clean up the ruins of a devastating world war and maintain security drones that protect a hydrogen fusion plant. He is also the kind of guy who finds himself in a lot of trouble simply because he wants to know. Not a sequel, prequel, or remake, Oblivion is based on a graphic novel co-written by writer/director Joseph Kosinski. Tom Cruise stars as Harper, Andrea Riseborough plays his partner and lover, along with Morgan Freeman, Melissa Leo, and Olga Kurylenko. Written by Kosinski, William Monahan, Karl Gajdusek, and Michael Arndt with Kosinski directing. Out in wide release and IMAX from Universal Pictures.

Unmade in China – We take a lot of things for granted in America, like the freedom of speech. In China, that idea is laughable. China is also home to over one billion people, and they LOVE going to the movies. If there is money to be made in this business, it is with a Chinese market. However, the Chinese government will only allow the exhibition of twenty foreign movies a year, with most slots taken by big budget studio projects. But every now and then a little something slips in there. Here is a documentary about one of those little somethings, the working conditions they had to endure, the government restrictions, and how making one movie can take years off your life. Written and directed by Tanner Barklow and Gil Kofman and out in limited release from 7th Art.