Dirty Wars – One part documentary, one part recreation, and one part storytelling excellence equals the adaptation of Jeremy Scahill’s latest book of investigative journalism.  Scahill has been on the front lines for the war on terror since 1998, years before the phrase was even coined. Based on his book of the same name, Scahill tracks down the hidden war, the war that is happening behind the war we see on TV, the dirty war that might be the real reason for a decade-plus and two wars that Americans have fought abroad. Conspiracies, corruption, cover-ups, just another day in Afghanistan. Written by Scahill and David Riker, with direction by Rick Rowley. Out in limited release from IFC Films. 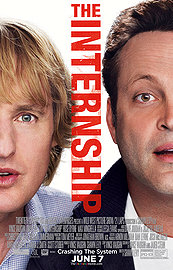 The Internship – Two salesmen (Owen Wilson and Vince Vaughn) are out on their keesters when their company folds to the almighty power of online retail. What are they going to do now? Well, if you can’t get a job, maybe they can get an internship. The two of them compete against a bunch of new grads to get an internship at Google, a culling process for one of the most sought after jobs in America. There aren’t a whole lot of open positions available and they are going to have to compete with bunch of whip-smart, fresh-faced twenty-something, but these old dogs have something the kids don’t, experience. Written by Vaughn and Jared Stern, directed by Shawn Levy and out in wide release from 20th Century Fox. 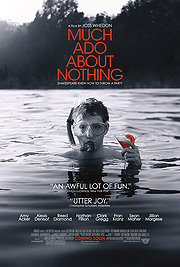 Much Ado About Nothing – Last year, Joss Whedon directed the insanely popular and profitable Marvel’s The Avengers. What could he possibly do to follow up such a giant blockbuster? Shoot a low budget, black and white adaptation of a Shakespeare play utilizing the original text, set it in his own home, cast all his friends, and do the music himself. The story is about Beatrice and Benedick constantly going at each other’s throats with all the misadventure and sexual comedy The Bard could cram in around them. Starring Amy Acker, Alexis Denisof, Clark Gregg, Reed Diamond, Fran Kranz, and Nathan Fillion to name but a few. Out in limited release from Roadside Attractions. 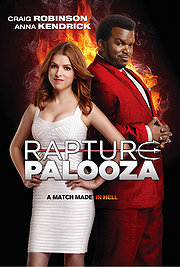 Rapture-Palooza – Just a few years after Howard Camping declared the rapture immanent, it’s finally coming in the form of a movie. Lindsey (Anna Kendrick) and Ben (John Francis Daley) were not the lucky few that got to go to Heaven, and instead they have to suffer it out down here. Locust, blood rain, brimstone, and all. It only gets worse when Satan (Craig Robinson) shows up and has a little too much fun. Lindsey and Ben devise a plan to help God (Ken Jeong) out and imprison Satan for another thousand years. Along the way they run into a slew of familiar faces, including Rob Corddry, Ana Gasteyer, Tom Lennon, and Paul Scheer. Written by Chris Matheson and directed by Paul Middleditch. Out in limited theaters and VOD from Lionsgate.

Plimpton! Starring George Plimpton as Himself – Who is George Plimpton? Well, he was the quarterback for the Detroit Lions, he was a circus clown, he played the triangle for the New York Philharmonic, he was a baseball pitcher, he was an awful lot of things. Plimpton founded a unique brand of journalism called, “participatory journalism” which gave a very unique insight into what Plimpton was writing about. In his life, Plimpton founded and published The Paris Review, a magazine that specialized in writings from some of the best minds of the 20th Century. He hung around with models, presidents, celebrities, and occasionally, he was the center of attention. Naturally a man of such charisma makes an excellent subject for a documentary. Directed by Tom Bean and Luke Poling, and out in limited release from Laemmle/Zeller Films. 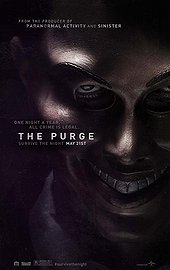 The Purge – In the near future, the crime problem has been solved. The answer is not to suppress the desire, but to release it. One night, every year, all protective and emergency services are suspended. You can do whatever it is that you want. Loot, riot, kick in windows, murder, rape, molest children, whatever your little heart desires. Doesn’t sound exactly like a utopia, but then again, I’m not one of the affluent who can hide behind a fortress of a house. The Sandins can, maybe that’s why the embrace the idea. Too bad an intruder has entered their house and forced them into a situation as bad as anything out there. Let’s hope they can make it through the night. Starring Ethan Hawke, Lena Headey, Max Burkholder, and Adelaide Kane. Written and directed by James DeMonaco and out in wide release from Universal Pictures. 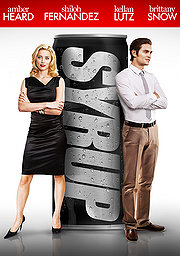 Syrup – Does it matter what the product is,  what it taste like, what it looks like, or what it does as long as it makes the consumer feel important? Scat (Shiloh Fernandez) doesn’t think so. He thinks that the product is secondary to the image that the product creates, and he is probably on to something. His partner in crime, 6 (Amber Heard) is a lesbian, but she might swing both ways depending on how much sex sells. Along the way our Little Don Draper is seduced by 3 (Brittany Snow) and Sneaky Pete (Kellan Lutz) is out to bring him down. Scat is just another man in search of fame and fortune, armed  with his soul as a bargaining chip. Written and directed by Aram Rappaport. Out in limited theaters from Magnolia Pictures and everywhere via On Demand.

Violet & Daisy – Violet (Alexis Bledel) and Daisy (Saoirse Ronan) are just a couple of your run of the mill teenagers who just happen to be assassins as well. Their job is to kill and they do their job to the best of their abilities. Until now that is. This job is a little different and slightly complicated. The target is Michael (James Gandolfini) a shut-in who is dying from terminal cancer. He wants sweet release, but for the first time, the girls hesitate. They go on a soul-searching journey while their boss, Russ (Danny Trejo), brings in a slew of other assassins to do the job. Written and directed by Geoffrey S. Fletcher. Out in limited release from Cinedigm Films.

Wish You Were Here – Against his wishes Dave (Joel Edgerton) goes on a vacation to Cambodia with his pregnant wife, Alice (Felicity Price), her sister, Steph (Teresa Palmer) and her boyfriend, Jeremy (Anthony Starr). At first, things are just fine, but then one day, Jeremy disappears. No one really knows what happened, but each one knows a little bit of the puzzle, but it’s still not enough to assemble an answer. The three travelers return home, but these things have a habit of never staying properly buried. First time writer and director, Kieran Darcy-Smith helms the operation and Entertainment One gives this a limited release.

You Ain’t Seen Nothing Yet – Orpheus melted the heart of Eurydice two thousand years ago, and we still haven’t gotten over it. The latest installment from the Grandfather of The French New Wave, Alain Resnais, comes a re-telling of the infamous myth of Orpheus, the greatest poet who ever lived. The person doing the telling is dead (Denis Podalydès) and for his final will and testament, he gathers the whos-who of French Royal Acting (Sabine Azéma, Pierre Arditi, Mathieu Amalric, Jean-Noël Brouté, Anne Consigny, Anny Duperey, Hippolyte Girardot, Gérard Lartigau, Michel Piccoli, Michel Robin, Jean-Chrétien Sibertin-Blanc, Lambert Wilson) to view his final performance of Orpheus and Eurydice. As the experimental performance goes on, the actors just can’t help themselves, and they act along side the video. Leave it to the great Resnais to really toy with the medium. Out in very limited release from Kino Lorber. If you live in one of the major cities, you can find the screenings here, or you can wait for the DVD release later this year.