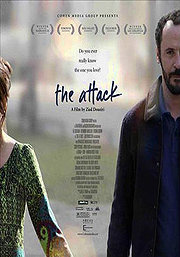 The Attack – Amin is a Palestinian surgeon, fully integrated into Tel Aviv society, with a beautiful wife, a promising career, and a whole society of Jewish friends. It is all turned upside down by a suicide bombing. The police regret to inform him that his wife died in the blast, and to make matters worse, she was the bomber. Amin enters Palestinian territory to clear her name and prove her innocence, but there is a problem, it’s possible that she wasn’t brainwashed. Starring Ali Suliman, Yevgenya Dodina, Karim Saleh, Reymond Amsellem, Uri Gavriel, and Dvir Benedek, written and directed by Ziad Doueiri and out in limited release from Cohen Media Group. 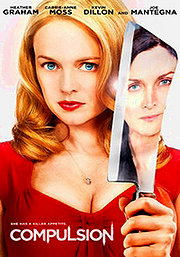 Compulsion – Heather Graham stars as an obsessive cook in this low-budget soap opera. Amy (Graham) and Saffron (Carrie-Anne Moss) are two obsessive individuals living in the same apartment building. How they express themselves through food, cooking, sex, and violence leaves little to the imagination, and their fixations turn to one another and get slightly out of hand. This is the type of movie where the word “subtext” doesn’t even come into play. Also starring Kevin Dillion, Joe Mantegna, and James McGowan. Written by Floyd Byars and directed by Egidio Coccimiglio. Out in limited release from Phase 4 Films and on DVD August 12th. 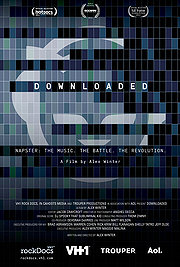 Downloaded – The Internet may turn out to be the single greatest invention conceived by human minds. Joining the entire world, instantly, commercially, socially, and artistically is something so difficult to wrap ones head around, that we haven’t even begun to scratch the surface. A few documentaries are trying to wrestle with it, and Downloaded deals with the phenomenon of Napster and file sharing. Napster was so effective that it pulled the rug out from under the music industry’s feet so bad that they still haven’t recovered and never will. Should art be traded freely? Did these kids infringe on artist’s rights? Director Alex Winter gathers some interesting archive footage, interviews, and speculation from today to ponder these questions. Out in very limited release from Abramorama Entertainment, you can follow the release schedule on their Facebook page. 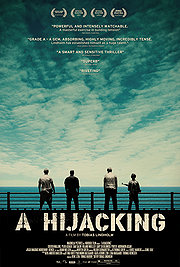 A Hijacking – Somali Pirates hijack a Danish cargo ship in the Indian Ocean. The men are taken hostage and the pirates make a phone call back home to Copenhagen, demanding millions of dollars from the company’s CEO. The hostage’s lives are merely pawns in a game, moved here and there, and bartered around by a businessman’s ego and a pirate’s ruthlessness. A game of chess played out on a human scale, someone should have told these men that it isn’t personal, strictly business. Starring Pilou Asbæk, Roland Møller, and Søren Malling. Written and directed by Tobias Lindholm and out in limited release from Magnolia Pictures. 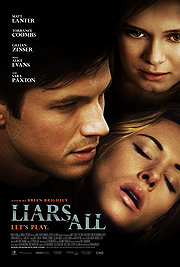 Liars All – It’s New Year’s Eve in London and a group of young, good-looking people decide to play a very intense game of Truth or Dare. You can imagine that sex will be include, as will some pretty violent and graphic acts of criminal activity. Everything goes wrong and an investigation is underway. The question is, will they stick to a story and hold to their lie, or will they stab each other in the back, trying desperately to save their own skin? Starring Matt Lanter, Gillian Zinser, Sara Paxton, Torrance Coombs, and Alice Evans. Written and directed by Brian Brightly and out in limited release from Phase 4 Films and on DVD August 6th. 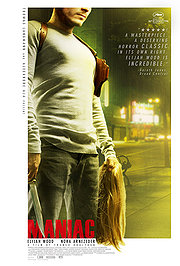 Maniac – Shooting from a character’s perspective is called first person, and most of the time, it doesn’t work out very well, but that’s most of the time, not all of the time. Frank (Elijah Wood) is a modern day Jack the Ripper living in Los Angeles. He finds his beauties, he obsesses over them, and then he kills and scalps them. A young girl, Anna (Nora Arnezeder), shows up at his work and Frank develops an unhealthy obsession. Unhealthy even for him. Shot from Frank’s point of view, the audience is complicit in his crimes, his obsessions, his pain. Written by William Lustig, Alexandre Aja, and Grégory Levasseur with Franck Khalfoun directing. Out in limited release from IFC Midnight. 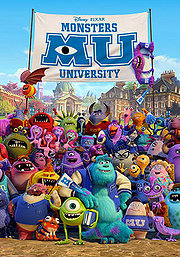 Monsters University – Having seen Monsters Inc., we know that Mike and Sully are the closest of friends, and the greatest pair of scarers in the land. That wasn’t always the case. Back when they were just up and coming monsters that shuffled off to Monsters University, they actually hated each other. Stuck together, their rivalry spurred them on to something, and that something became the relationship that we now know. Returning for the vocal talents are Billy Crystal, John Goodman, Steve Bucemi, Helen Mirren, and Peter Sohn. Written by Robert L. Baird, Daniel Gerson, and Don Scanlon with Scanlon directing as well. Out in wide release from Disney Pixar. 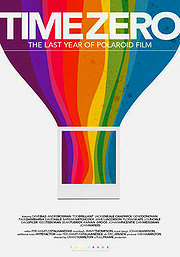 Time Zero: The Last Year of Polaroid Film – Polaroid cameras were magic. You took a picture, the photo shot out of the camera, you shook it, blew on it, left it completely alone in a minute or two, a presto! there it was. Now camera phones complete with apps like Hipstamatic and Instagram recreate that vintage look, and the photos develop instantaneously. Out with the old! In 2008, Polaroid ceased production, and what is left of the cameras and film is all there ever will be. This documentary written by Sara Jane Hamilton and Per-Hampus Stalhandske and directed by Grant Hamilton pays tribute to the great camera, the people who used and loved it, and the people who are trying desperately to keep it alive. Follow their Twitter feed to find out when they are screening in your neighborhood. 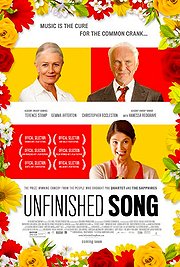 Unfinished Song – Arthur (Terence Stamp) stuck himself in the same old curmudgeonly rut years and years ago. He complains that he can’t leave it, that he’s too old, that it’s too hard, but he is the only thing standing in his way. The smarter person in his life is his wife (Vanessa Redgrave) who manages to get him out and to a local choir group at the retirement home. Leading this group is Elizabeth (Gemma Arterton) who sees something Arthur and tries what she can to get the turtle to stick his head out of the shell. Looks like you can turn back the clock, all you need is a little pop music. Written and directed by Paul Andrew Williams and out in limited release from The Weinstein Company. 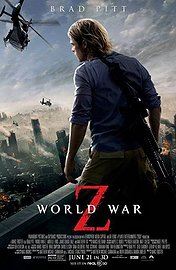 World War Z – “I do not know how the Third World War will be fought, but I can tell you what they will use in the Fourth — rocks!” Albert Einstein predicted that humanity would use nuclear bombs to send us back to the Stone Age, but he never could have predicted that the un-dead would be so profitable. Here comes the ultimate zombie invasion, World War Z, the final battle for mankind. Gerry (Brad Pitt) scours the globe, looking for the source of the outbreak. There is a chance that if they understood how it started, they might be able to figure out how to stop it. Mireille Enos, Matthew Fox, Daniella Kertesz, James Badge Dale and Ludi Boeken co-star alongside Pitt. Matthew Michael Carnahan, Drew Goddard, and Damon Lindelof adapt Max Brook’s novel, and Marc Forster directs. Out in wide release from Paramount Pictures.