Adore – Freud was sorta right. He thought that every son had a weird fixation with his mother. Turns out that every son has a weird fixation with his mother’s friend. Close, but no cigar. Yes, most teenage boys have fantasies about Mommy’s friends, and most get over it. Some act on it, fewer yet get away with it, but none of them some how find themselves with their Mom’s best friend while her son is banging around with his Mom. Two Moms go on holiday and end up swapping sons for sex. Apparently those who have everything will do anything to screw it all up. Naomi Watts and Robin Wright are the mothers and Xavier Samuel and James Frecheville are the sons. Doris Lessing wrote it, Anne Fontaine directed it, and Exclusive Media gives this a limited release.

Fire in the Blood – Ever sat in a bar and listened to some crazy drunk go off on this conspiracy or that conspiracy? How medical companies are in a business and that it makes better business sense to keep you sick than to make you healthy? Okay, so he might be wrong about the aliens and black helicopters, but he’s on to something when it comes to the pharmaceutical companies. Writer/director Dylan Mohan Gray probes beneath the surface and uncovers a sad and shocking truth that the sick and dying just aren’t getting the help they need and not because we don’t have it, but because we don’t know how to market it. Narrated by William Hurt and guaranteed to tick you off. Out in limited release from International Film Circuit.

Hell Baby – A couple, totally in love just want to start a family. Sadly, they won’t get one because the bun in the oven isn’t an ordinary child, it’s the spawn of Satan. Oh dear. They’re gonna need some help with this one, time to call the clergy! The writers of Night at the Museum, Herbie Fully Loaded, and Reno 911 make their directorial debut with a satire on anything of good taste. Starring Rob Corddry, Leslie Bibb, Keegan Michael Key, Riki Lindholm and the creative team behind it, Thomas Lennon and Robert Ben Garant. You are guaranteed a lot of swearing, bouncing boobies, and drug humor. In limited release from Millennium Entertainment and everywhere via On Demand. 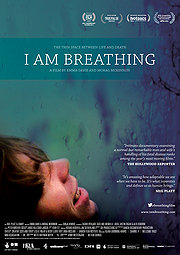 I Am Breathing – Neil Platt was a healthy thirty-something when life hit him hard. Neil has Motor Neuron Disease also known as ALS or Lou Gehrig’s disease. Paralyzed from the neck down and with only a few months left to live, Neil started recording himself while he could still talk so that his son Oscar could have a record of his father. Like the cave paintings of Lascaux, we make movies to prove that we were here, that we existed, that we mattered. Neil is a man who is on the precipice of life starring death directly in the face. What are his insights, what does he cherish, and what will he miss? This is cinema at it’s most dire. From documentary filmmakers Emma Davie and Morag McKinnon, I Am Breathing is available for rent on their website and will screen for one week in NYC and then one week in LA.

My Father and the Man in Black – Writer/director Jonathan Holiff didn’t have the greatest of relationships with his father. He has fragments of memories of Dad, but the absences made more of an impression. Then his Father commits suicide and doesn’t leave a note. What he does leave is a key to a storage locker, and when Jonathan goes looking he finds that Dad left an audio diary of his time with legendary singer/songwriter Johnny Cash. Before Cash cleaned up and settled down with June, he was the bad boy of country music, and it was Jonathan’s father, Saul, who tried to keep him going. A bizarre search for an absentee father leads Jonathan down a path that will also uncover the dark side of one of the largest figures of the 20th Century. Out in limited release from New Chapter Productions and on DVD in October.

Red Obsession – China has become obsessed with wine. But not just any wine, French Bordeaux. There isn’t a wine out there that is more sought after than a classic vintage Bordeaux. A few years ago they were pricey, if you had a few grand in your pocket you could net yourself a nice bottle of Pétrus or Mouton Rothschild. Now, forget about it. The Chinese are spending more than anyone ever has for this scarlet water and people are beginning to worry. Why all of a sudden have the Chinese devolved a taste for fine wine? Can the market sustain such a bubble? Bordeaux is steeped in tradition, legacy, and quality, not profitability. Can it resist the temptation of the East? Russell Crowe narrates this documentary from David Roach and Warwick Ross, in limited release from FilmBuff.

Riddick – First it was Pitch Black, then it was The Chronicles of Riddick, and now it’s just Riddick. Looks like we are running out of creative titles. Riddick (Vin Diesel) has once again found himself left for dead, this time on a sun-stroked planet with aliens much worse than the average bounty hunter. When the bounty hunters do come, the quickly realize that they need Riddick on their side if they have any hope of surviving. Karl Urban, Jordi Molla, Matt Nable, Katee Sackhoff, and Bokeem Woodbine are out to get Riddick, David Twohy wrote and directed and Universal Classics gives it a wide release. See it so that you aren’t confused with the sequel Ridd comes out in a few years. 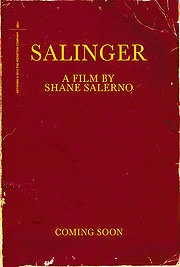 Salinger – If it didn’t change my life, it at least changed my teenage years. I was sixteen when I first read The Catcher in the Rye and it was unlike anything I read before. Never had I identified with such a character, and soon I was obsessively reading the book, not to understand or uncover some hidden meaning, but because I felt compelled too. I began to realize that I felt this way about the book, because the author must also be as obsessive, and that it was bleeding out with every word he wrote. I guess I wasn’t far off. One of the most read authors of the 20th Century was also one of the most reclusive, and this documentary from Shane Salerno digs deep into J.D. Salinger’s past and attempts to uncover the demons he wrestled with. Out in limited release from The Weinstein Company.

A Teacher – Diana (Lindsay Burdge) has stepped in something this time. She is having an affair with one of her students, Eric (Will Brittain). At first, its just sex, it always is, but then things start to get a little out of hand. They always do. Taboo is fun and all, but once people find out, then it’s pretty apparent why it was so taboo in the first place. Hannah Fidell does an interesting job by casting the teacher role as female and the student role as male because this allows for a more interesting study. If the genders were reversed, then it would have just been another case of pedophilia. Out in limited release from Oscilloscope Laboratories and everywhere via On Demand. 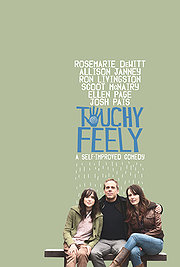 Touchy Feely – Abby (Rosemarie DeWitt) has just the right touch. She is a massage therapist who elevates her patients to a whole new level of relaxation and release. Everything is going according to the plan, until one day, she suddenly becomes blocked. She can no longer bring herself to touch or be touch. Not a great position for anyone, even worse if your job involves touching a whole lot of strangers. It’s gonna take a lot to help her get past this block, and thankfully she is surrounded by the lot of Scoot McNairy, Ellen Page, and Allison Janney. It takes a community, and it takes courage. Abby has one, let’s see if she finds the other. Written and directed by Lynn Shelton, out in limited release from Magnolia Pictures and everywhere via On Demand.