A.C.O.D. – Adult Child of Divorce, a very common thing these days, “the least parented generation in history.” That might explain all the hang-ups. Or the parents might have just been basket cases to begin with and never should have had children in the first place. Adam Scott is the Adult Child in question who is dealing with his divorced parents played by Richard Jenkins and Catherine O’Hara while his younger brother, played by Clark Duke, gets engaged. Jane Lynch, Mary Elizabeth Winstead, Amy Poehler, and Jessica Alba all join in on the fun. Ben Karlin and Stu Zicherman wrote the script, Zicherman directed and The Film Arcade put this one into wide release.

Bad Milo! – Duncan (Ken Marino) is no longer in control of his life. His girlfriend pushes him around, his parents, his job, his boss, everybody. If only Duncan had a ravenous and vicious demon that could emerge from his butt every time he was backed into a corner… Wait! He does! Anytime that Duncan finds himself in trouble, Milo appears and ready for action. Peter Stormare, Gillian Jacobs, Stephen Root, Patrick Warburton, and Mary Kay Place all-star alongside Marino and the rubber-suited monster. Written by Benjamin Hayes and Jacob Vaughan with Vaughan directing as well. Out in limited release from Magnolia Pictures. 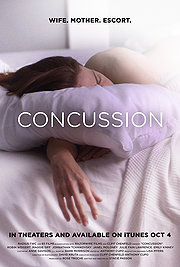 The Dirties – Two high school friends decide that they have been bullied enough. They deal with it in a very healthy manner and make a movie. Drawing heavily on Pulp Fiction and other hip cinema, they draw the attention of the faculty who don’t take the violence lightly. This is not the first time this has happened. Now the friends are thinking about dealing with the bullying problem in a less healthy manner, and that involves real guns and live ammunition. Matthew Johnson, Owen Williams, Krista Madison, Brandon Wickens, and David Matheson star, Johnson directed and co-wrote the script with Evan Morgan. Available in limited release from Phase 4 Films.

Gravity – The hardest thing you will have to do with this movie is get beyond Sandra Bullock as a brilliant doctor. Dr. Ryan Stone is on her first shuttle mission with veteran astronaut, Matt Kowalsky (George Clooney). While out on a routine spacewalk, something go wrong, and the worst possible thing that could happen does, they drift out into space. Shot in IMAX 3D, writer/director Alfonso Cuarón looks to terrify and awe all at the same time. Out in wide release from Warner Brothers Pictures.

Linsanity – I was waiting at a bar in LAX when I watched Jeremy Lin pick apart Derek Fisher and the Los Angeles Lakers. 38 points. Who the hell was this kid? That was the story not only in the basketball world, but everywhere for the next couple of months. Lin’s game winning 3-pointed to defeat the Toronto Raptors has been played over and over and over again, what a shot and what a story. Undrafted, cut from two teams, only given a starter’s role after other team members were injured or had to leave for personal business, Jeremy Lin rose from obscurity to one of the marquee players in the NBA. Now a force for the Huston Rockets, Lin is positioned to make a lot of noise in the NBA. Directed by Evan Jackson Leong and out in limited release from Ketchup Entertainment.

Parkland – November 22, 1963 was a pretty nice day in Dallas, Texas. Then President Kennedy’s head was blown to pieces and the world very abruptly changed. Parkland Hospital is where the President was taken and pronounced dead. The events surrounding the date are jumbled and Parkland looks to piece them together with a narrative, but we’ve seen this one before, and that’s pretty much all there is to it. Zac Efron, Paul Giamatti, Billy Bob Thornton, Jacki Weaver, Jeremy Strong, and Marcia Gay Harden star, Peter Landesman directs, and Exclusive Media gives this a limited release. Keep your eyes peeled for the second shooter. 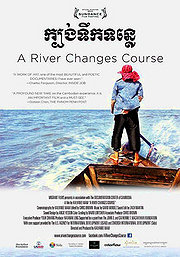 A River Changes Course – Three families in Cambodia are just trying to live their lives the only way they know how. They want to keep their tradition alive, but the outside world is closing in on them. A new documentary from Kalyanee Mam, the acclaimed cinematographer of Inside Job, captures the beauty and monotony of life in Cambodia. A hypnotic spell is casted over the viewer as they watch a slice of life slip from this Earth. Out in limited release Migrant Films.

Runner Runner – Richie (Justin Timberlake) is in trouble. He is paying for his Princeton education with online gambling. Even I could have told him that was a bad idea. When he looses everything, Richie goes to find Ivan (Ben Affleck) the man he thinks swindled him. Ivan shows some compassion for Richie, and brings him into his operation, which is anything but on the up and up. Richie starts to lose big time, and once he finally pieces it together that Ivan was the one setting him up this whole time, he tries to give Ivan a bit of his own medicine. Supporting performances from Gemma Arterton, Anthony Mackie, and Ben Schwartz. Written by Brian Koppelman and David Levien, directed by Brad Furman and released wide by 20th Century Fox.

A Touch of Sin – Winner of the Best Screenplay from this year’s Cannes Film Fest is the latest from Chinese auteur Jia Zhangke. Zhangke explores the violence that people will turn to when pushed too far. Based on four true stories that makes one turn inward and wonder what we have become.  Tao Zhao, Jiang Wu, Wang Baoqiang, Lanshan Luo, and Zhang Jiayi star. Out in limited release from Kino Lorber but expanding wider and winder in November and December.