The Banshee Chapter – James (Michael McMillian) is really into mind-altering drugs. He manages to get his hands on some military grade DMT and decides to take it in the name of science. When things go horribly wrong, his friend and journalist, Anne (Katia Winter) tries to track James down, figure out what went wrong, and why the CIA abandoned past DMT studies. Just a guess, but I don’t think things turn out particularly well. Co-starring Ted Levine, Jenny Gabrielle, Monique Candelaria, and David Midthunder. Written by Blair Erickson and Daniel J. Healy with Erickson directing. Out in limited release from Xlator Media.

Cold Comes The Night – Alice Eve plays a mother running one shady motel. Her daughter is in jeopardy of being taken from her, but when a bag of money shows up, she sees a way out. Unfortunately, the bag of money happens to come with a very dangerous Polish criminal played by Bryan Cranston, and now he is threatening her and her daughter. Life just isn’t easy for some people. Co-starring Logan Marshall-Green, Leo Fitzpatrick, and Ursula Parker. Written by Tze Chun and Oz Perkins with Chun directing. Out in limited release from Sony Pictures.

Divorce Corp. – The wedding industry generates billions upon billions of dollars each year, people are just nuts for weddings. But, it’s the industry on the way out that will nab most of your money. 50% of American marriages end in divorce, not a very uplifting statistic, and all of them cost. Why? Lawyers. That seems to be the go-to answer these days for why the world as jacked-up as it is. Lawyers. The hardest workingman in showbiz, Dr. Drew Pinsky narrates this look at the divorce industry from director Joseph Sorge. Out in limited release from Candor Entertainment.

Evangelion 3.0 You Can (Not) Redo – The Angels are still attacking and moving toward a final crescendo. Nerv is still trying to hold its ground, but is being compromised from the inside. Seele is still moving the pawns into place for the offering, and Shinji continues to get into Eva Unit-01. Writer/director Hideaki Anno continues to bastardize his greatest achievement with the third of four new installments to the Neon Genesis Evangelion saga. Dubbed and ready for American consumption from Funimation.

Free Ride – A young mother (Anna Paquin) takes her two daughters and flees an abusive husband in the dead of night. The trio ends up in Florida, where a friend sets her up as a maid of sorts before introducing her into the world of drug smuggling. The drug of choice is marijuana, and there is an awful lot of money in it. There is also an awful lot of danger as well, and law enforcement is closing in. Co-starring Cam Gigandet, Drea de Matteo, Liana Liberato, Yvette Yates, and Jeff Hephner. Directed by Shana Betz and out in limited release from Phase 4 films.

If You Build It – The children are leaving Bertie County, the poorest county in North Carolina. Not because there is some great opportunity elsewhere, but because Bertie County has nothing to offer these children. Then an idea struck, what if the children were responsible for the progress and stability of the community? Time to pull up the bootstraps and make something out of nothing. They will try to build a project that will serve the community, but in the process, they will learn what it takes to think large-scale, long form, and re-invent. Directed by Patrick Creadon and in limited release from Long Shot Factory. 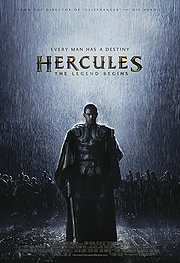 The Legend of Hercules – Hercules, a son sired by a God and born to a moral, became the most infamous of all warriors. Or at least, top ten. Right up there with Gilgamesh, Achilles, Samson, etc. In this particular adventure, Hercules (Kellan Lutz) is abandoned by his stepfather, sold into slavery, and forced to fight his way back to the good graces of Greece. All in a day’s work for the muscular hero. Co-starring Liam McIntyre, Scott Adkins, Liam Garrigan, Johnathon Schaech, and Roxanne McKee. Written by Sean Hood and Daniel Giat and directed by Renny Harlin. Out in wide release both in 2D and 3D formats from Lionsgate. 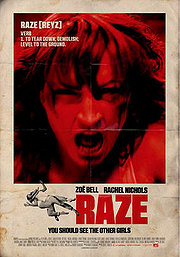 Raze – A group of women are abducted, placed underground, and forced to fight each other to the death. They do it not only for themselves, but also for their loved-ones up above. There are women prison movies, and then there are women prison movies. Starring stuntwoman turned actress Zoe Bell, and co-starring Rachel Nichols, Rebecca Marshall, Tracie Thoms, Bailey Anne Borders, and Allene Quincy. Written by Robert Beaucage, directed by Josh C. Waller and out in limited release from IFC Midnight Films.

The Rocket – Two children are born, one is believed to be cursed, and spends the rest of his life trying to prove that he isn’t. As he grows up, he leads his family, and a few hangers-on, through Laos trying to find the place where he belongs and tragedy does not follow. He also tries to build a rocket for the lucrative and dangerous Rocket Festival. Come get lost in the jungle and watch a young boy discover his place in the world. Starring Sitthiphon Disamoe, Loungnam Kaosainam, Thep Pho-Ngam, Bunsri Yindi, Sumrit Warin, and Alice Kohavong. Written and directed by Kim Mordaunt and out in limited release from Kino Lorber.

The Truth About Emanuel – Emanuel’s mother died during childbirth, and Emanuel has grown up always wondering what it must feel like to have the love of a mother. Opportunity presents itself when a young mother across the street needs help babysitting. Emanuel takes the opportunity and slowly an obsession is created. Emanuel regresses into a child and pretends like she is the daughter as well. Good thing will not come from this. Starring Kaya Scodelario, Jessica Biel, Alfred Molina, Frances O’Connor, Aneurin Barnard, and Jimmi Simpson. Written and directed by Francesca Gregorini. Out in limited release from Tribeca Films with an On Demand backing.