Afflicted – Derek Lee and Clif Prowse have a plan. They are going to take a year off, travel around the world and film every last second of it. What will they do with all that footage? Upload it to the Internet of course! They rig themselves with cameras and take off. Everything goes according to the plan for a day or two and then they meet a beautiful and tempting woman. Sounds a little Old Testament-y, but that woman does something to Derek and now he has powers well beyond his control. What happens to Derek and what will happen to him must be what motivates Clif to keep taping, because the rest of us would seek medical attention. Directed by the stars, this Canadian found-footage horror movie gets a limited theatrical run along with a VOD backing from CBS Films. 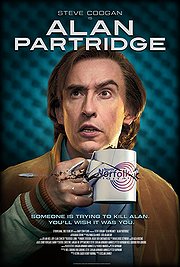 Alan Partridge – In America, most audiences know Steve Coogan for his bit roles and the occasional drama. In England, he is famous for his wide array of sketch characters. His most famous is Alan Partridge, a former TV personality that has been banished to mid-morning radio in a miniscule market. When a corporation buys out the station and cans the employees, one of Partridge’s friends and fellow jock (Colm Meaney) loses it and takes the whole place hostage. Only one man could step into the limelight and manage this chaos, and that man is anyone but Alan Partridge, but Alan Partridge is all we have, so Alan Partridge will have to do! Simon Greenall, Felicity Montagu and Tim Key co-star. Directed by Declan Lowney and in limited release from Magnolia Pictures with a VOD backing.

Captain America: The Winter Soldier – The First Avenger is back, and this time it’s personal. Super-Soldier and All-American Boy, Steve Rodgers (Chris Evans) has to battle the Winter Soldier (Sebastian Stan), one who has Cap matched blow for blow. Of course The Winter Solider has his friends that make life very difficult for an Avenger, but Captain America has his share of cohorts as well, especially The Falcon (Anthony Mackie). Also starring the usual S.H.I.E.L.D. suspects: Samuel L. Jackson, Scarlett Johansson and Cobie Smulders alongside the great Robert Redford. From a script by Christopher Markus and Stephen McFeely and directed by Anthony and Joe Russo, Walt Disney Pictures and Marvel Entertainment once again re-team for another installment preparing the world for the Avenger’s Sequel. 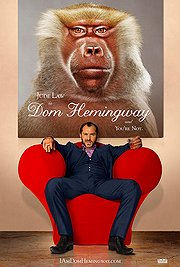 Dom Hemingway – Dom Hemingway (Jude Law) is quite the character. Loud, vibrant, crude and ostentatious, he’s spent the last twelve years in the clink and now has quite of bit of catching up to do. First things first, he tries to collect the money he is due for keeping his trap shut and protecting his mob boss. That doesn’t exactly go well, and neither does a particularly nasty car crash that almost takes his life. Dom decides that he needs to turn his life around and reconnect with his estranged daughter (Emilia Clarke), but the life of a safe cracker and ex-con will only lead you so far before it leads you right back to where it all started. Demian Bichir, Richard E. Grant and Madalina Ghenea co-star, Richard Shepard writes and directs and Fox Searchlight gives this a limited release.

Ilo Ilo – Singapore, 1997. A nice middle-class family has one son, Jiale (Koh Jia Ler) and one more on the way. The parents (Yann Yann Yeo and Tian Wen Chen) are far too stressed out to take care of Jiale, so they hire a Filipino nanny named Teresa (Angeli Bayani) to take care of the day-to-day. The day-to-day quickly gives way to the constant needs of Jiale, who is quite the handful. Jiale’s favorite thing to do (and he is quite good at it) is making life miserable for Teresa. Teresa puts up with it all, and that allows her to build a bond with Jiale. Then economic uncertainty de-rails just about everything. Also starring Peter Wee and Pamela Wildheart. Written and directed by Anthony Chen and in a limited American release from Film Movement. 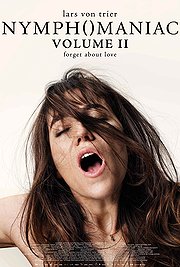 Nymphomaniac: Volume II – Joe (Charlotte Gainsbourg) is still telling Seligman (Stellan Skarsgård) her story and things are starting to get grim. Self-confessed nymphomaniac, Joe both exercises and embraces her demons through carnal pleasures, and the desire for those moments have brought her down some dark roads. Now is her chance to open up and rid herself of this story. Hopefully it will not fall upon deaf ears. Stacy Martin, Shia LaBeouf, Jamie Bell and Willem Dafoe also star in the conclusion to writer/director Lars Von Trier’s elongated tale. Out in a limited theatrical release from Magnolia Pictures and everywhere On Demand.

Stripped – This documentary from Dave Kellett and Frederick Schroeder takes a very loving look at the colorful world of comic strips. Some of the most popular ones have been syndicated across every possible publication, but that is the problem, publications are going out of style. What is to become of the comic strip if there are no more places to print them? Do they simply get transfer over to the Internet? A bevy of comic writers, drawers, inkers, publishers and theorist compile and share their thoughts in this doc. Stripped can be found on iTunes and in an extremely limited theatrical release. Check here for details.

Under The Skin – An alien lands on Earth and takes the form of a human, namely, the form of Scarlett Johansson. Not a bad form, as far as forms go. This alien moves through the world as one of us, learning, collecting, experiencing and feeling. It has often been written that what makes humans uniquely human is their ability to feel. What will this alien learn from its feelings? Co-starring Paul Brannigan, Krystof Hádek, Jessica Mance, Robert J. Goodwin and Antonia Campbell-Hughes. Written by Walter Campbell and directed by Jonathan Glazer. In limited release from A24 Films.

Watermark – How does water shape us? How do we shape water? Of all the elemental forms present on our planet, none are more necessary, more destructive, or more powerful than water. Because of water, we have life. Because of water, nations have been able to conquer the world and expand their empire. Because of water, we have harnessed energy, found purity, symbolized humanity and feared destruction. This globetrotting documentary from Jennifer Baichwal and Edward Burtynsky looks at water in its three states and tries to answer some very basic questions. Accompanied by some gorgeous photography, this investigation sees a limited release from Entertainment One.