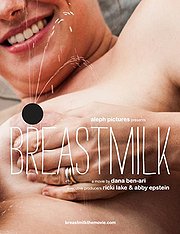 Breastmilk – Breast milk is better for a child and produces a more intimate connection between mother and baby than formula does, but in this fast paced business world, it just takes too long. Too long to pump, too long to abstain from a cocktail, too long to feed the child. This is American and we want things now! Of course, raising a child requires time, and breastfeeding is just one of those activities that require time. Standing firmly on the side of breastfeeding, Breastmilk is a very blunt movie about the difficulties facing the modern mother. From director Dana Ben-Ari and in limited release from Cavu Pictures.

Chef – Carl Caspar (Jon Favreau) is a chef that believes very deeply in his food. So deeply, that he’ll throw away his cushy kitchen position and financial stability to make the kind of food that he wants to make. He’ll need some support along the way and finds it in friends and family. Sofía Vergara, John Leguizamo, Bobby Cannavale, Dustin Hoffman, Oliver Platt, Emjay Anthony, Robert Downey Jr. and Scarlett Johansson are all along for the ride in the latest from writer/director Favreau. Open Road Films gives this a limited release.

The Double – Simon (Jesse Eisenberg) was getting along just fine until James (also Jesse Eisenberg) showed up. He looks like him, talks like him, but in so many ways, he is not him. James is smart, capable and aggressive. Everyone wants to know, why can’t Simon be more like James? Mia Wasikowska, Wallace Shawn, Yasmin Paige, Noah Taylor and James Fox star in this quirky, other-worldly tale of mirror images and the paranoia they can create. Written by Richard Ayoade and Avi Korine with Ayoade directing as well. Magnolia Pictures gives this a limited theatrical run with a full VOD backing.

Fed Up – Americans are fatter now than they ever have been, and it doesn’t look like it’s going to get better any time soon. On one side of the fence, people claim that it is strictly an issue of will power and that the government should stay out of it. On the other side, people are accusing businesses of baiting customers with flashy advertisement to purchase food injected with enough sugar to give everyone diabetes. Diet and exercise are the answer, but there is also the question of genetics. This documentary from Mark Monroe and Stephanie Soechtig points the camera in the face of big business and asks, “Tomato paste is a vegetable? Are you serious?” Katie Couric narrates and RADiUS-TWC gives this a limited release.

God’s Pocket – Some bodies just don’t disappear as easily as one would hope. Leon died in a construction “accident” and Mickey (Philip Seymour Hoffman) can’t get rid of the body fast enough. Then a nosy reporter comes snooping around and things just get worse from there. In one of his last roles, Hoffman leads a cast of all-stars: Richard Jenkins, Christina Hendricks, John Turturro, Glenn Fleshler, and Caleb Jones. John Slattery makes his behind the camera debut as director, Peter Dexter wrote the script and IFC Films gives this a limited release.

Mom’s Night Out – Allyson (Sarah Drew) loves her husband (Sean Astin), loves her kids and loves her job as a mom, but she just wants a break. Just one night where children aren’t climbing all over her and the food comes served on something other than a tray. She gets her wish, and boy is she going to regret it. Everything that could possibly go wrong does and Allyson learns a very valuable lesson, and just in time for Mother’s Day! Patricia Heaton, Trace Adkins, David Hunt and Andrea Logan White co-star, Jon Erwin and Andrea Gyertson Nasfell wrote the script and Andrew Erwin and Jon Erwin direct. Out in limited release from TriStar Pictures. 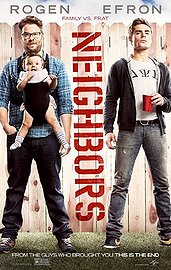 Neighbors – Mac (Seth Rogen) and Kelly (Rose Byrne) have settled into a nice quiet life with their daughter. It’s may not be exciting, but they like it that way. Excitement hits when a fraternity house led by Teddy (Zac Efron) moves in next door. Fifty shirtless and liquored up college students bringing pandemonium, how will Mac and Kelly handle it? Calling the cops doesn’t work out very well and now it is out-and-out war between the two generations. Some people can’t let go of the past and others don’t want to grow up.  Christopher Mintz-Plasse, Dave Franco and Jake Johnson also star. Andrew J. Cohen and Brendan O’Brien wrote the script, Nicholas Stoller directed it and Universal Pictures gives it a wide release. 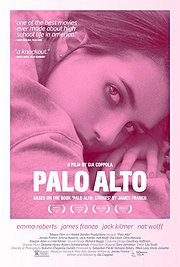 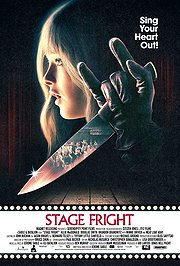 Stage Fright – Summer camps are torture for some, murder for others. Camilla Swanson (Allie MacDonald) dreams of being a Broadway Diva just like her Mom, but she is stuck doing the dishes. Full of pluck and desire, Camilla sneaks her way on to the stage, and just when it’s starts to get deadly. The whole camp is being terrorized by a masked villain and Camilla just stuck herself right in the middle. Co-starring Douglas Smith, Brandon Uranowitz, Minnie Driver and Meat Loaf, this classic-slasher fare was written and directed by Jerome Sable. In limited release from Entertainment One.

The Wedding Video – Most weddings grow enormously out of control, dredge up painful old memories and introduce a whole slew of new problems into the family. This wedding, however, looks to leave all those other ones in the dust. Thankfully they had the foresight to go ahead and record the whole thing. Lucy Punch, Robert Webb, Rufus Hound, Miriam Margolyes, Harriet Walter and Angus Barnett. Written by Tim Firth, directed by Nigel Cole and in limited release from Level 33 Entertainment.