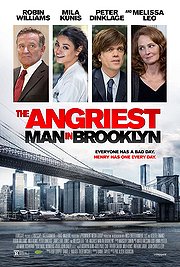 The Angriest Man in Brooklyn – Henry Altmann (Robin Williams) is the angriest man in all of Brooklyn, which is saying something. He better make a change, or all that anger is going to be the death of him. Eventually at least, not today, which is actually what he thinks because a doctor (Mila Kunis) was pissed at him and told him he only has 90 minutes to live. Now he is running around town trying to patch everything up, and no one really cares. That just makes him angrier. Things don’t look good for Henry. Melissa Leo, Peter Dinklage, Hamish Linklater and James Earl Jones all co-star in this comedy from director Phil Alden Robinson. In limited release from Lionsgate Films. 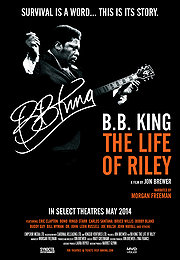 B.B. King: The Life of Riley – B.B. King is not just the King of the Blues, but one of the world’s greatest guitar players. No one is as good, or as casually effortless. The rotund man simply walks out on to the stage, sits down and plays. A documentary that pulls together some of the biggest names in music to sing the praise of B.B. is just what the doctor ordered. Narrated by Morgan Freeman and written and directed by Jon Brewer. In limited release from Syndctd Entertainment. 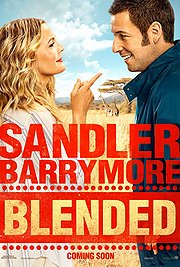 Blended – Jim (Adam Sandler) is the single-father of three girls. Lauren (Drew Barrymore) is the single-mother of a couple of boys. Sounds familiar… Through a series of plot contrivances, they end up going on an African Safari together, even though they can’t stand each other. I wonder if they will end up together at the end… Joel McHale, Kevin Nealon, Shaquille O’Neal and Terry Crews co-star and Frank Coraci directs this excuse to have Warner Brothers pay for everyone’s summer vacation. 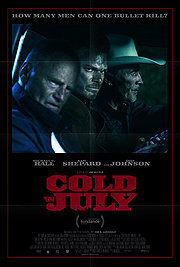 Cold in July – It was the middle of the night and he was scared for his life and the safety of his family. It was dark and he acted without thinking. He didn’t mean to kill him, but Richard (Michael C. Hall) just shot and killed an intruder. Thankfully, no one is going to press charges, but that isn’t going to stop the guilt from consuming him. Guilt leads one to ask questions, and that is not what Richard should be doing right now, because this is a very sticky situation. Sam Shepard, Vinessa Shaw, Nick Damici, Wyatt Russell, Don Johnson, Brogan Hall and Lanny Flaherty co-star in this Texas Tale of violence begetting violence. Written by Nick Damici and directed by Jim Mickle. In limited release from IFC Films. 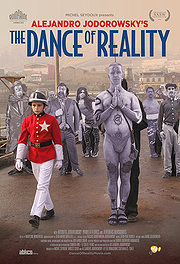 The Dance of Reality – Cinema’s greatest surrealist since Luis Buñel is back and he’s taking a trip down memory lane. Partly based on his own memories and experiences, partly based on his own dreams and desires and partly based on his own personal philosophy, writer/director/star Alejandro Jodorowsky returns to his home town of Tocopilla, Chile to film his story. Per usual, he employs a great deal of his family, Brontis, Adan, Alex and Cristobal Jodorowsky along with Pamela Flores, Jeremias Herskowits and Andres Cox to bring this story to life. In limited release from ABKCO Films. 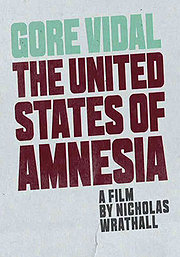 Gore Vidal: The United States of Amnesia – Mark Twain once said that history doesn’t repeat itself, but it does rhyme. Gore Vidal is our modern-day Twain, and he brings with him the same gospel: stop forgetting and stop making the same damn mistakes. This documentary from Nicholas Wrathall cobbles together new and old footage, writings, and interviews from Vidal past and present. The things that were hot button issues for Vidal as a young man, still are. Sad to see how little we have come. This portrait of one the 20th Centuries most creative and analytical minds is in limited release from IFC Films. 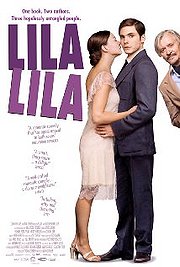 Lila, Lila – Some people really ought to watch more movies. If David Kern (Daniel Brühl) did, he would know that it is a very bad idea to lie to a girl to impress her. No matter how small the lie may seem, it will inevitably lead to something much larger, which will grow and grow until it buries you. David found a manuscript locked in a nightstand, and it so impressed Marie (Hannah Herzsprung) that he figured he would say that he wrote it. Then the real author (Henry Hübchen) showed up. Boy, did things ever get out of hand! Ulrich Voss, Marie Gruber and Kirsten Block co-star in the German comedy directed by Alain Gsponer. In limited release from Corinth Films. 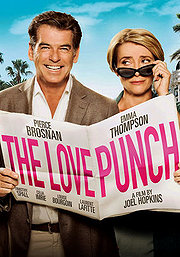 The Love Punch – Lovers fighting abroad is the theme for week, and in this version, a divorced couple, Richard (Pierce Brosnan) and Kate (Emma Thompson), are traveling to Paris to catch the Bernie Madoff-type who made off with their pensions. They’re going to have to try to get along, which won’t be easy, but I’m sure they’ll find a way in the end. Timothy Spall, Marisa Berenson, Celia Imrie and Laurent Lafitte co-star, Joel Hopkins wrote and directed and Ketchup Entertainment puts this in a limited release. 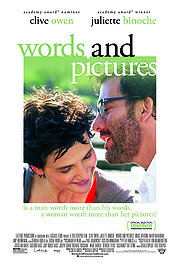 Words and Pictures – Jack (Clive Owen) is a drunk and a writer. Dina (Juliette Binoche) is a curmudgeon and a painter. Both of them are slumming it as prep-school teachers, but that is exactly the day job they need to keep their lives afloat. That, and each other, which they will no doubt find out. Bruce Davison, Navid Negahban, Amy Brenneman and Christian Scheider co-star in a script written by Gerald DiPego and directed by Fred Schepisi. In limited release from Roadside Attractions. 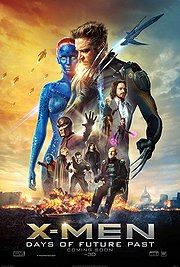 X-Men: Days of Future Past – There is a new enemy, and it’s far greater than any of the X-Men, past or present, have faced. They will need to join sides and double-up in time to fight this one, and Logan/Wolverine (Hugh Jackman) is just the guy to bring them all together. Bryan Singer returns to the franchise that he started and brings James McAvoy, Michael Fassbender, Jennifer Lawrence, Patrick Stewart, Ian McKellen, Peter Dinklage and many, many more along for the ride. John Byrne, Simon Kinberg, Matthew Vaughn and Jane Goldman wrote the script and 20th Century Fox is gleefully giving this a nice wide release.