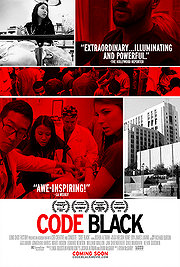 Code Black – If the outside of LA County Hospital looks familiar, it’s because the exterior was used for the popular daytime soap, General Hospital. Inside, it’s far more dramatic than your average soap opera as LA ER is one of the most intense and chaotic ones in the nation. Follow the doctors and surgeons who joined this cause in pursuit of helping people and saving lives and have now found their lives complicated by bureaucracy and paperwork. Documentary scripted by Joshua Altman and Ryan McGarry with McGarry directing as well. Out in limited release from Long Shot Factory. 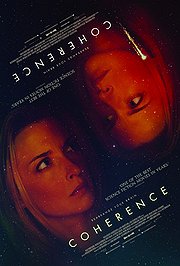 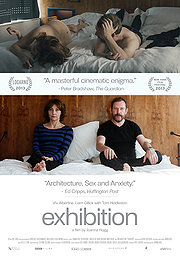 Exhibition – D (Viv Albertine) and her husband, H (Liam Gillick) are both artists living in Chelsea in a fashionable modernist apartment. They come to the conclusion to sell the place, but they have a lot of history here. The sale of the apartment will dredge up a lot of memories of their life together and the dreams that were dashed along the way. Tom Hiddleston, Harry Kershaw and Mary Roscoe also star in the new film from writer/director Joanna Hogg. Out in limited release from Kino Lorber. 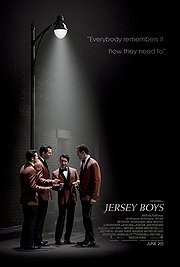 Jersey Boys – Based on the Tony Award wining musical comes the cinematic rendition of the invention of that sound, the sound of The Four Seasons. They were just four kids from the wrong side of the tracks in New Jersey, but one night under a street light, they figured out that sound, their sound. It became one of the most iconic sounds of the ‘60s and what lie before them was no picnic. Starring John Lloyd Young, Erich Bergen, Michael Lomenda, Vincent Piazza, Christopher Walken and Steven R. Schirripa. Written by Marshall Brickman and directed by Clint Eastwood. In wide release from Warner Brothers Pictures. 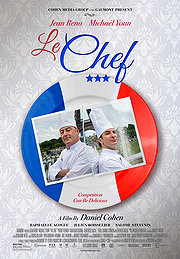 Le Chef – The food culture from television has officially spilled over to the big screen, and France’s latest installment finds a master chef (Jean Reno) on the way down and a young chef (Michaël Youn) on the way up trying to save a Three Star rated restaurant. The ever-changing food scene makes things a little more difficult and it looks like everyone is rooting against them. Julien Boisselier, Raphaelle Agogue, Salomee Stevenin and Serge Lariviere co-star in this production written and directed by Daniel Cohen. In limited release from Cohen Media Group. 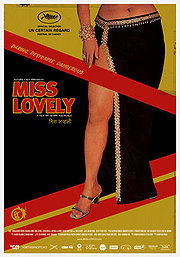 Miss Lovely – Mumbai in the 1980s had a thriving exploitation cinema scene. Anything from trashy soft-core pornography to pulpy crime dramas could be found in the back alleys and smaller theaters. Two brothers (Nawazuddin Siddiqui and Anil George) enter this underworld and test the limits of their own taste. Then came Pinky (Niharika Singh) a performer with a past that followed. Written by Ashim Ahluwalia and Uttam Sirur with Ahluwalia directing as well. Out in limited release from Film Buff. 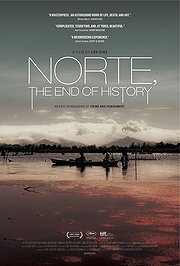 Norte, the End of History – Dostoevsky’s Crime and Punishment isn’t just one of the greatest novels ever written, it’s also been the source material for countless cultural explorations into evil, memory, shared guilt and discovery of the human condition. Screenwriters Lav Diaz and Rody Vera (with Diaz function as director) take the material to the Philippine province of Luzon and explore this familiar world and manage to mine truths that so many others have glazed over. Starring Cid Lucero, Archie Alemania, Angelina Kanapi, Mae Paner, Soliman Cruz and Angeli Bayani. In limited release from Cinema Guild. 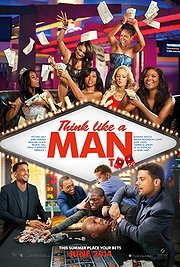 Think Like a Man Too – They got together a couple of years ago and now they have decided to reunite for a trip to Vegas where everything and everyone gets a little more complicated. Adam Brody, Michael Ealy, Jerry Ferrara, Meagan Good, Regina Hall and Terrence J. Corwley are all back for more. Keith Merryman, David A. Newman and Steve Harvey wrote the script and Tim Story directed it. In wide release from Sony Pictures. 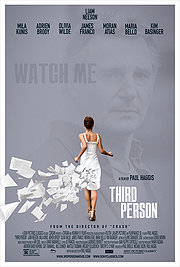 Third Person – Taking place in three locales: Paris, Rome, New York comes three stories of love, betrayal and family. A writer cheats on his wife, a mother searches for her son and a father tries to protect his. All of their lives will become intertwined in writer/director Paul Haggis world where effects echo far more than we could have possibly predicted. Starring Liam Neeson, Olivia Wilde, Kim Basinger, Mila Kunis, James Franco, Moran Atias and Adrien Brody. Out in limited release from Sony Pictures Classics. 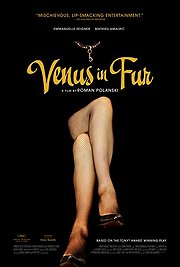 Venus in Furs – Based on the play by David Ives–who based his play on the book by Leopold von Sacher-Masoch–comes a film treatment of a writer and an actress who play out that old familiar tale of love, sex and death. Thomas (Mathieu Amalric) is in need of his Vanda if this play is ever going to get off the ground, and then Vanda (Emmanuelle Seigner) walked through the door. Vanda is an actress that shares much more than just a name with the character, she might be her incarnate. Of course, this makes life difficult for Thomas, but then again, who said love and sex was easy? Written by Ives, directed by Roman Polanski and in limited release from IFC Films.