And So It Goes – Oren Little (Michael Douglas) is not a nice guy and he prefers it that way. He makes his living as a realtor, and he gets his kicks by making others completely miserable. Then his estranged son shows up and drops off Susan (Sterling Jerins), the granddaughter he never knew he had, and Oren has to reevaluate some perspectives. Diane Keaton, John Scott Shepherd and Frances Sternhagen pitch in and lend him a hand. Script from Mark Andrus and direction by Rob Reiner. In limited release from Clarius Entertainment.

The Fluffy Movie – Gabriel Iglesias is not fat, he’s fluffy. He’s also one of the most successful stand-up comics out there, and he’s working the international circuit. Director Manny Rodriguez primarily works from concert footage of Iglesias touring the globe, but he sprinkles in a little talking head interviews and behind-the-scenes material. Come and have a laugh. In wide release from Open Road Pictures.

Happy Christmas – Jenny (Anna Kendrick) decides to move to Chicago and give adulthood a go. Her plan is to crash in her brother’s basement (Joe Swanberg) and take care of his kid so that his wife, Kelly (Melanie Lynskey) can spend more time working on her novel. Drinking and marijuana get in the way. Co-starring Lena Dunham and Mark Webber and written and directed by Swanberg. In limited release from Magnolia Pictures. 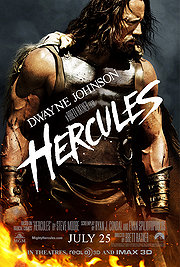 Hercules – Hercules (Dwayne “The Rock” Johnson) is the son of Zeus and a mortal woman—which means, he can be killed, but not very easily. He has completed his 10 trials and now he is a full-blown legend, ready to settle down, but the Gods are angry and Hercules must help a nation fight that eternal troublemaker, Hades. Joseph Fiennes, Ian McShane, Rufus Sewell, Rebecka Ferguson and John Hurt get in on the fun and director Brett Ratner helms the ship. In wide release from Paramount Pictures. 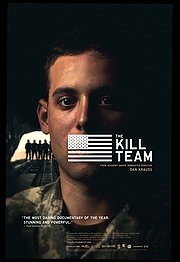 The Kill Team – War is a very complicated business and there are rules that make it even more complicated, especially when one considers the emotions involved with the day-to-day. They are there to kill the bad guys, but they must be killed in the proper manner. Private Adam Winfield, a 21-year-old US soldier, was witness to a criminal act where fellow soldiers planted weapons on Afghani civilians after they were murdered in cold blood. Winfield opened his mouth and life got a whole lot worse. Dan Krauss directs this documentarian expose in limited release from Oscilloscope Pictures. 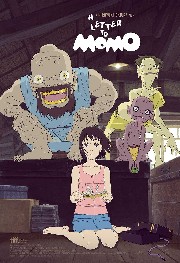 A Letter to Momo – Hand-drawn animation isn’t extinct, it’s just been hiding. Thankfully, some of Japan’s top animators have gotten the band back together and crafted A Letter to Momo. Momo and her Father parted on a sour note, and he started to write a letter to her, but “Dear Momo –” is as far as he got. Now Momo wonders what her father tried to tell her. Is it possible that he still might find a way? Vocal talents from Karen Mamiya, Toshiyuki Nishida, Kouichi Yamadera and Daizaburo Arakawa. Written and directed by Hiroyuki Okiura and in limited release from GKIDS.

Lucy – It has often been quoted that we only use 10% of our brain’s capacity. That’s a misnomer, we use all 100%, but let’s not let the facts stand in the way of a good story. Lucy (Scarlett Johansson) (un)luckily has a package placed inside her body that has an odd effect; it allows her to access that un(used) 90% of her brain. She learns to change her appearance, stop time and do God knows what else. Naturally, fighting ensues. Morgan Freeman, Min-sik Choi, Pilou Asbaek and Claire Tran co-star in this sci-fi picture from writer/director Luc Besson. In wide release from Universal Pictures.

Magic in the Moonlight – Stanley (Colin Firth) is a stage musician who knows that there is no such thing as magic. Sophie (Emma Stone) is a medium who can talk to the spirits, summon the dead and tap into a whole other dimension. Stanley is hired to expose Sophie as a fake, but Sophie turns the ever skeptic Stanley to her side. Eileen Atkins, Marcia Gay Harden, Simon McBurney, Jeremy Shamos and Jacki Weaver co-star in the latest from writer/director Woody Allen. In limited release from Sony Pictures Classics.

A Master Builder – Wallace Shawn plays a famous architect who was a chore to deal with. He bullied his wife, his friends, his mistress, just about everyone he could–but, now he’s dying and he wants to make peace. Maybe some people are above peace. Maybe he was just doing the best he could. Henrik Ibsen wrote it, André Gregory produced it for the stage and now Jonathan Demme brings a camera to the mix. Performances from the aforementioned Shawn and Gregory along with Julie Hagerty, Larry Pine and Lisa Pine. Out in limited release from Abramorama Entertainment.

A Most Wanted Man – Most good men have a little bit of bad in them, you just have to know what side of fight they’re on and exploit it. Former spy John le Carré is one of the best spy novelists out there, and the latest one to make its way to the big screen also features the final lead performance from Philip Seymour Hoffman as Gunter, a man desperately trying to make sure the mission goes according to plan. Rachel McAdams, Willem Dafoe, Robin Wright, Grigoriy Dobrygin and Nina Hoss co-star in this slow-burner from director Anton Corbijn. In limited release from Roadside Attractions.