On February 10, 2008, singer/songwriter Amy Winehouse was nominated for six Grammys, walked away with five – including Record of the Year — and solidified her place as a worldwide recording artist. For most people, that would have been more than enough. For Winehouse, it should have been, but as she admitted to one of her oldest friends that night, “It’s just so boring without drugs.”

So it goes for the life of an addict, and so it went for the public life of Amy Winehouse, a remarkable talent constantly overshadowed by addiction to drugs and alcohol. That was the lethal cocktail that brought Winehouse down, but — as director Asif Kapadia’s new documentary, Amy, shows — it wasn’t the sole aspect of Winehouse’s short lived life and career.

Composed entirely of archival footage and audio interviews, Amy tells the sad story behind one of the more public crash and burns in recent years. Winehouse had a profound voice that publicly expressed a personal struggle. Well-crafted lyrics (presented on-screen for maximum effect) and a soulful delivery proved to be the synthesis that rocketed Winehouse to stardom. Unfortunately, that stardom came part and parcel with a constant paparazzi presence, and a group of people who stopped at nothing to give Winehouse what she wanted, regardless of what she needed.

Winehouse’s relationship with drugs and alcohol began at an early age, but it took a turn towards the Sid & Nancy realm of heroin and crack cocaine when she met and married Blake Fielder-Civil. Yet, as bad as Winehouse’s relationship with Civil was, he was not Winehouse’s sole enabler. From day one, Winehouse was dealt a fateful hand by being surrounded by people more interested in the gravy train she produced rather than her own physical well-being. Kapadia finds that proof in sad and tragic anecdotes from Winehouse’s parents. In one, Winehouse told her mother that she had discovered bulimia as a way of staying thin, and Winehouse’s mother casted off this revelation as Amy being Amy. In another, you can almost hear the shrug in her father’s voice when he says, “You can’t force a person into treatment.” Maybe, but you can pull your head out of the sand and stop lying to yourself and everyone else.

This castigation is what is most commendable about Amy, as Kapadia refuses to glamorize Winehouse’s addiction as a casualty of rock ‘n’ roll, or just another entry into the “27 Club.” Kapadia completes his pastiche with a botched concert in Belgrade where Winehouse was too drunk to stand, let alone perform. It is a scene eerily reminiscent of Bob Fosse’s Lenny (1974) where Dustin Hoffman as stand-up comic Lenny Bruce stumbles and staggers on stage for eight minutes, hopelessly whacked out on heroin. Both scenes are the proverbial writing on the wall, and require no underlying or explanation.

Everyone gets through life thanks to the support system surrounding him or her, and Kapadia makes a strong suggestion that Amy Winehouse’s story might have turned out drastically different if only those closest to her had tried a little harder. They didn’t, and Winehouse’s story ended tragically, but maybe Amy will help put an ugly face on a horrible disease and wake people up to a fate that many face. 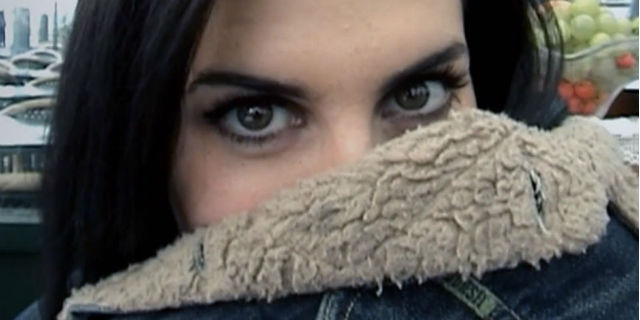