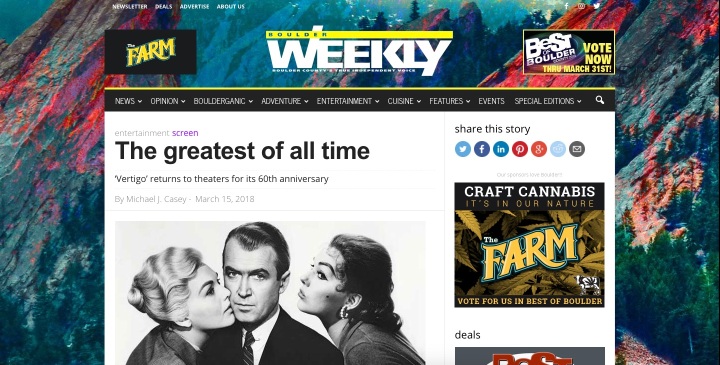 When Vertigo was released in 1958, Alfred Hitchcock wasn’t just a household name, he was a franchise. Between his TV show, Alfred Hitchcock Presents, and a new film every year, audiences were never far from the Master of Suspense. Under those circumstances, it should be no surprise that his 1958 melodramatic ghost story, Vertigo, slipped through the cracks. The following year, North By Northwest would become iconic, and Psycho would change everything the following year. Still, Vertigo remains.

Thankfully, TCM Big Screen Classics is bringing back Hitch’s masterpiece for two days in celebration of its 60th anniversary. Time to fall in love, all over again.