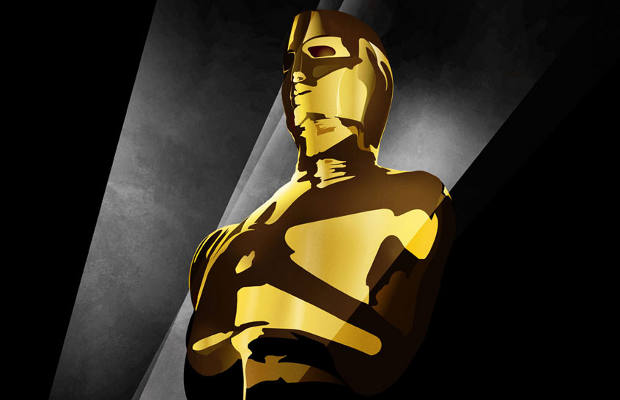 Sunday is the Eighty-Fifth Academy Awards Ceremony and with it, the conclusion of the Award Season. Twenty-four categories, one hundred and twenty-two nominees, fifty-two movies… It’s time for Oscar!

ACTOR IN A LEADING ROLE

Daniel Day-Lewis – Lincoln Cooper and Jackman both give good performances, Washington and Phoenix both gave great performances, but Day-Lewis is in a league on his own. He’s that good, and it’s entirely plausible that his Lincoln will be considered the Lincoln for years to come.

ACTOR IN A SUPPORTING ROLE

Tommy Lee Jones – Lincoln If Arkin was not nominated, I would prefer all these nominees to split the award. No slight to Mr. Arkin, he just wasn’t in Argo long enough. Everyone here is EXCELLENT, but I reckon that anyone who walked out of Lincoln was talking about how good that Mr. Jones is.

ACTRESS IN A LEADING ROLE

Jennifer Lawrence – Silver Linings Playbook Riva gives the showier performance in Amour, but Trintingant had the more difficult role. Wallis was wonderful and Watts went through hell of Earth and came out the other side smiling, and for my money that was the best performance of the year. But considering that Jennifer Lawrence not only kept pace with Bradley Cooper, Chris Tucker, and Robert De Niro, and in some scenes stole the show, shows what an excellent actress she is.

ACTRESS IN A SUPPORTING ROLE

Amy Adams – The Master Hathaway is going to win this one, hands down, she is the best part in a pretty awful movie, and she gives that obvious Oscar type performance: ugly, emotional, whore. But as far as the best supporting performance goes, then I have to give it Adams. All the performances in The Master are incredible, and Adams gives us insight into a few key scenes of who is actually pulling the strings. Even Masters have their own Master to answer to.

Frankenweenie I would be just fine with any of these movies wining the Oscar, but Frankenweenie was just a little something else. It has the usual Tim Burton stamp of a weird boy just trying to be accepted as a good boy, homage to Universal horror films of the thirties and forties, and the voice acting is great, not to mention the stop motion animation and (gasp!) I really enjoyed the 3D even if the glasses got foggy a few times, but there is one stand out sequence that solidifies the movie for me, and that was the loss montage. After Sparky dies (for the first time), Victor goes through the usual stages of melancholy and grief. This is visually interpreted by having Victor sitting dead center in the frame with the backgrounds dissolving into one another. Breakfast becomes school, becomes home, becomes school again… Grief dissolves each day into the next in a very pointless nature and what a way to show that.

The Pirates! Band of Misfits

Roger Deakins – Skyfall Here is another category where each movie is very deserving of a nomination, and it’s hard to pick a favorite. I’m taking Deakins, and I think he has a real chance of winning too, because Skyfall was gorgeous to look at. I have gone on and on about the imagery in Life of Pi and what Miranda does in that picture is nothing short of extraordinary, but I sort of expect that from an Ang Lee film. I was not prepared to have my eyes blown open at a James Bond movie, and that really does go a long way. Deakins’s shows his skill by keeping the IMAX camera pulled back so as not to crowd the frame with too many close-ups, which I fear a lot of other DPs would have done. The constant motifs of shadow and silhouette, the fight scene atop the high-rise  and the sharpness of the movie is beautiful. Proof that the right people can raise any type of movie to the next level.

Eiko Ishioka – Mirror Mirror Ishioka is quite the designer and has worked on many good films and designed many weird and wild costumes, many on display in Mirror Mirror, but considering that she passed away during the making of the movie, it almost makes her a shoe-in doesn’t it? The costumes are wonderful and playful, no shame in giving her a posthumous award.

Ang Lee – Life of Pi Spielberg seems like he has locked this one up. I loved Lincoln, and I love Spielberg to the point that it’s hard to pick against him, but I think Ang Lee deserves a lot of credit here. Life of Pi was one of those novels that were considered unfilmable, and Lee and his team brought it to three-dimensional life. Spielberg did a great job, but I felt that he did a great job by getting out of the way. Haneke could very well take this one too, but I’m sticking with Lee.

How To Survive a Plague

Searching For Sugar Man Of the five nominated documentaries, this is the only one that has any semblance of a feel good emotion. All five are excellent, but man do they leave you feeling empty and helpless. Searching For Sugar Man lacks suspense, conflict, antagonists, but that’s okay. It has excellent music and shows that maybe F. Scott Fitzgerald was wrong and that it is possible to have a second act. What’s probably most uplifting is that Rodriguez holds no grudges, no bitterness, no pain that he never made it as a major recording artist, never sold out a venue, never made a ton of money. He did it, just to do it, and damn was he good at it.

Mondays at Racine Of the five, only Inocente was the only one available for viewing, a touching look at San Diego’s homeless problem and how art saved one girl. I did look up the trailers for the other four, and based solely off conjecture, I am picking Mondays at Racine. A hair salon that provides free haircuts to women diagnosed with cancer. All five of these docs are designed to tug at your heartstrings, but this open probably resonates with Academy viewers the most.

Amour Neither Kon-Tiki or War Witch was available for screening prior to the Oscars, but both have compelling trailers. No was very enjoyable and A Royal Affair made my list of 2012’s top movies, but I (like everybody else) is giving this one to Michael Haneke’s movie about a couple in the eleventh hour of their life. There really is a lot to unpack in this one, and it benefits from a secondary viewing. The performances from Jean-Louis Trintignant and Emmanuelle Riva are extraordinary, and Haneke shows just a touch of mercy, something I didn’t think he had in him.

Peter Swords King, Rick Findlater and Tami Lane – The Hobbit: An Unexpected Journey They should win for the beards alone.

John Williams – Lincoln This was one of Williams better works, probably because he was so restrained that the music never got in the way.

“Skyfall” Adele Adkins and Paul Epworth – Skyfall The song is great, Adele is great, and her performance at the Oscars will no doubt be one of the highlights.

Beast of the Southern Wild

Lincoln You can only pick one! It looks like it’s a two-horse race between Argo and Lincoln. I would be happy with any of these films winning as long as it’s NOT Argo or Les Mis. I think Lincoln is a good choice because it seems more connected to what happened in 2012 than any other picture. Plus it got Mississippi to finally take slavery off the books. That’s pretty impressive.

Sarah Greenwood & Katie Spencer – Anna Karenina It wasn’t a great film, but it was pretty to look at. If they deserve an award, it should be for production design.

Maggie Simpson in “The Longest Daycare”

Paperman Fresh Guacamole is clever, but lacks a story. The Longest Daycare is fun, but Paperman has a lovely heart warming quality to it. This shows how good Disney can be when Disney is on.

Curfew Henry is excellent and probably a more heartbreaking look at old age than Amour, but I gotta go with Curfew if for no other reason than it has such a strong presence to it. Shawn Christensen writes/directs/acts/edits this impressive short film about a troubled brother and sister. As an actor, he looks and talks like a hybrid of Ryan Gosling and Mark Ruffalo, as a director, he pulled a great performance out of child, no easy feat. Fatima Ptacek plays the niece and is extraordinary and the overall premise that we all have our own demons rings true. And a dance number to boot! What more could you want?

Wylie Stateman – Django Unchained If you are curious what the difference between Sound Editing and Sound Mixing is, here is a really simplistic way to look at it. Editing is creating the sound effects from nothing. Sound Mixing involves cleaning up recorded sounds and dialog and making it work in the final product. Django absolutely deserves this award for turning bullets into cannons, and bodies into squishy pools of blood.

Andy Nelson, Mark Paterson and Simon Hayes – Les Misérables I didn’t like it, and I don’t think it’s a good movie, but so much has been talked about how the singing was recorded live, that this one has to win.

Bill Westenhofer, Gulliaume Rocheron, Erik-Jan De Boer and Donald R. Elliott – Life of Pi So much was needed to create for this movie to make any emotional sense. From Richard Parker, to the shipwreck, to the Carnivorous Island of Meerkats, and on and on. If anything else wins, it will be highway robbery.

David Magee – Life of Pi Again, they said the novel was unfilmable. Magee and Lee proved that nothing is beyond the scope of cinema.

Quentin Tarantino – Django Unchained I would also like to give it to Anderson & Coppola, Haneke, and Gatnis, but again, you can only pick one, and I love Django. Of the nominated best pictures and scripts, four of them are set in a historical context. All four of them are historical fiction, but only Django takes that to heart. I think it is Tarantino’s smartest film with a wonderful blend of mythology, history, and fantasy. The dialog is great, each character has a distinct voice, and the whole thing just flies by.