To borrow a tagline from another recently rebooted franchise, Man of Steel is not your Father’s Superman. The name ‘Superman’ isn’t even in the title, is only spoken in the movie once, and not even by one of the main characters! The red underpants are missing, the color palette is muted, the All American Boy Scout is toned down, and we are in lot more danger. And I like it.

The material in Man of Steel has been well tread, as it is an origin story most of us are familiar with, with a few diversions. Krypton is dying, so Jor-El (Russell Crowe) sends his only son, Kal-El to Earth where he will carry on the legacy of Krypton. The ship lands in Kansas to a pair of farmers, Jonathan and Martha Kent (Kevin Costner and Diane Lane), who raise him as Clark Kent. As a teenager, Clark (Henry Cavill) looses his human father and is compelled to search out his birth father. He finds a long abandoned scout ship from Krypton and learns of his past, his race, and his duty. Clark Kent walks into the fortress of solitude, and Superman walks out. And not a minute too soon, since General Zod (Michael Shannon) has been hunting for Kal-El. Superman turns himself over to the American Military, who then offer him to Zod. Zod reveals to Superman that he plans to build a new Krypton on the bones of the human, and the battle ensues. Superman proves to be the Man of Steel and saves the world from Zod, but not before destroying half of Metropolis and a good deal of Smallville. Got all that? The movie runs for two and a half hours and never stops to catch its breath. We’re setting up franchises here, and there is a lot of story and background we need to cover.

There is an awful lot to love about this movie. For one, the performances are stellar. Russell Crowe and Kevin Costner both breathe life into the contradictory desires father’s have for their sons: for them to be fearless, to lead, to challenge, and to face adversity, but also to be safe, free of persecution, and to live. Henry Cavill is likeable and impossibly built and handsome. Michael Shannon almost steals the show as General Zod, but underplays crucial moments, making his performance all the better. Amy Adams gives Lois Lane more to do than simply be rescued and fall in love with Superman, but her presence in certain scenes don’t make much narrative sense. There are also a lot of things to dislike that have turned off so many. The last ten or so minutes boils down to Superman and General Zod punching each other through buildings with total disregard to the inhabitants of Metropolis. My understanding of this incarnation of Superman is that he has powers, but he doesn’t know how much power he has, how far he can push his powers, or if his powers even have a limit. He’s figuring it out as he goes. Maybe in the second movie he will understand how destructive he is and will carry that burden with him. I don’t mean to assume that another movie that does not yet exist will correct the problems of this movie, but I cannot help but think of this movie as a small corner in a much larger tapestry. 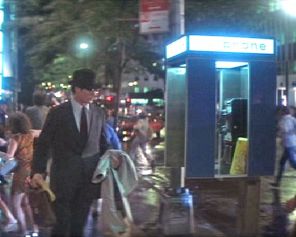 Martin Scorsese reminds us that movies are imbued with the DNA of their time. Few blockbuster/comic book movies exemplify that more than Man of Steel. It has been 35 years since Richard Donner’s 1978 triumph with Superman, starring Julliard student Christopher Reeves as the Man of Steel and marketed with the tagline, “You will believe a man can fly.” Superman flew, Clark Kent said gosh and golly a lot, and Lex Luther crafted a real estate scheme. Superman had all the joy and wonder that kids want in a superhero. It had comedy, some silly, some hokey, some of it still working today (Clark needs a place to change, but phone booths have been replaced by the less private stands. How Reeves looks it up and down before moving on still cracks me up to this day). Look again at the Donner Superman, it gives an idea of what audiences wanted or what audiences needed in 1978.

In 2048, I plan to look back at Man of Steel and judge from a distance what it says about 2013. My first guess is that it shows how gripped we are by 9/11. The shots of buildings falling and people in the streets running for their lives are scripted here, but they are to invoke the real images seen on that day. I have grown tired of blockbuster movies cribbing from our fear of another 9/11 attacks, but here I think it works. In addition to our fear of terrorism, there is also a fear of “the other”. Our enemy is something that is no longer easily identifiable. It is an abstract enemy, which cannot be easily squashed. This fear leads us to our true fear, and that is the fear of chaos. Chaos that cannot be controlled, chaos that lurks right here, right under our noses, and at any second, it all could go horribly wrong. That fear is present in Man of Steel, in The Dark Knight trilogy, in the Iron Man series, and will probably be the main point in superhero movies to come. How can we trust something that we cannot understand, or worse, control? 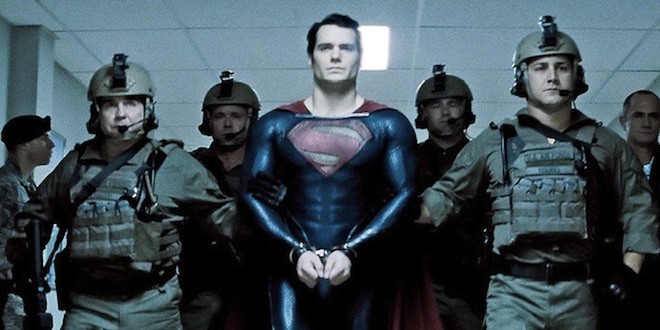 That question is answered in a key scene, and even though it’s a poorly acted scene, the message is crucial. Zod has demanded that Kal-El turn himself over to the Kryptonians, otherwise he will obliterate Earth trying to find him. Clark enters a church and talks with Father Leone (Coburn Goss). Clark cannot be sure that if he surrenders to Zod, Zod will not harm Earth, nor can he be sure that if he reveals himself to Earth that they will not attack him as well. Father Leone tells Clark, “Before trust can be established, a leap of faith must be taken.” It is that leap of faith that defines the characters in Man of Steel. Jonathan and Martha prayed for a child, and one day, he came out from the sky. They don’t know why he was sent to them, but they know it is for some reason. Jonathan pulled his son from a spaceship and spent the rest of his life scared that someone would find out, and take his alien son away from him before he could do the one thing he was sent here to do. He believes this so whole heartily that he sacrifices himself to keep his son’s abilities secret. Jor-El took the leap when he sent his son to Earth, Jonathan takes the leap when he protects his son, and now it’s up to Kal/Clark/Superman to take his leap with humanity. He leaps in this movie, and hopefully the people of Earth will catch him in the second or third.

Man of Steel exists to set-up this world for another superhero trilogy. It will certainly make it’s money back, guaranteeing another movie, and giving the production team some more creative leeway (think of the difference between Batman Begins and The Dark Knight). Hopefully the Superman trilogy will focus primarily on trust. If the ‘S’ on his chest stands for hope, this is my hope, that Man of Steel reflects America’s fear in a post 9/11 world and that by the third installment (maybe to be called The Man of Tomorrow) the trust will be established and Superman will guide us into a brave new world. Superman is not one of us, he was never meant to be one of us. He is the guiding light, the beacon of hope in this cold and dark world. To quote Jor-El, “You will give the people of Earth something to strive for. They will race behind you. They will stumble, they will fall. But in time they will join you in the sun. In time, you will help them accomplish wonders.”

That is my hope. 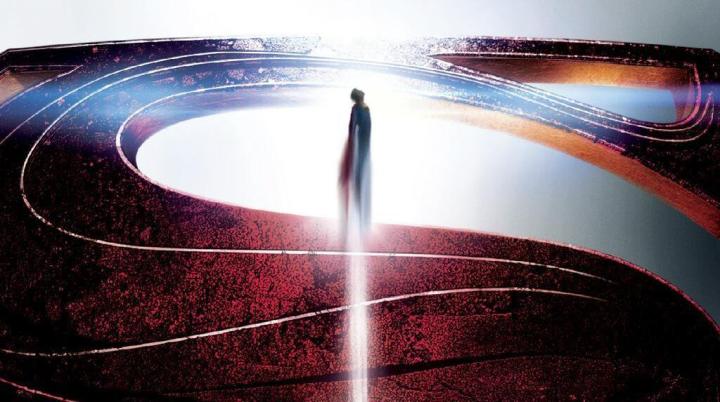 One thought on “MAN OF STEEL”