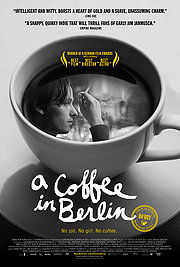 Niko (Tom Schilling) is your typical aimless twenty-year old adrift in his own life. In a way, Niko is like every other twenty-something, afraid to step forward for fear of failure but also plagued by an uncertainty of which step to take. To make matters worse, nothing and no one is going to help Niko figure it out.

A Coffee in Berlin, originally titled Oh Boy is Jan Ole Gerster debut feature and Gerster gives Niko the perfect handicap to keep him from simply taking control of his own life. Niko is a drinker, and when he drinks, he finds himself in trouble. We never see Niko drunk, and he only drinks on-screen a couple of times, but you can see a history of drinking in his face. He is a man trying desperately to not think about how much he wants a cocktail.

Niko’s drinking has caused trouble with his girlfriend, led him to drop out of college and cost him his license. To make matters worse, no one seems to think that Niko has a problem, and ply him with booze. Niko tries to constantly order coffee, but cannot easily come by it. He orders a coffee from the café, but the barista ends up selling him one that he can’t afford. When he visits his father, he orders coffee, but the father insists that is much too late in the day and orders schnapps. When he lunches with his friend, he asks for mineral water and it takes the entirety of a lengthy scene for the water too arrive, while he friend happily sucks down his beer. No one is doing Niko any favors.

Yet, the unkindest cut of all comes when Niko sees a false glimmers of hope. An old friend, Julika (Friederike Kempter) recognizes Niko at a bar and approaches. Niko and Julika have a past, Julika was once in love with Niko, but she was considerably heavier and Niko teased her and called her “Roly Poly Julie”. She has dropped the weight, but not the crush. Niko sees this as an opportunity to correct a mistake from his past, and it seems like their relationship might have the potential to saves Niko, but when they finally embrace, it is clear that Julika still carries some severe body issues, which she compounds with a sexual fetish. Not what Niko was hoping for and with nowhere else to turn, he enters the bar.

Niko starts by ordering a coffee, but the bartender has none to offer. To hell with it, vodka and a beer. Niko lights a cigarette, ready to resign himself when an elderly gentleman (Justus von Dohnányi) approaches. The man is drunk and orders them two vodkas. As he talks it becomes clear that the man is a career alcoholic. Niko eyes him with resentment as he surveys his future while the drunk launches into a story that is both revealing and touching. If this man is Niko’s potential future, then Niko is this man’s probable past.

A Coffee in Berlin is aptly titled as the city seems to conspire against Niko’s desire to obtain a cup of something without alcohol. A reminder that sometimes the community does not rise to save its sons. A somber tale told with jazz, blues, black and white photography and an incredible performance from Schilling. There is a lot of truth to A Coffee in Berlin. There is a lot of humor too. I suppose that’s life. 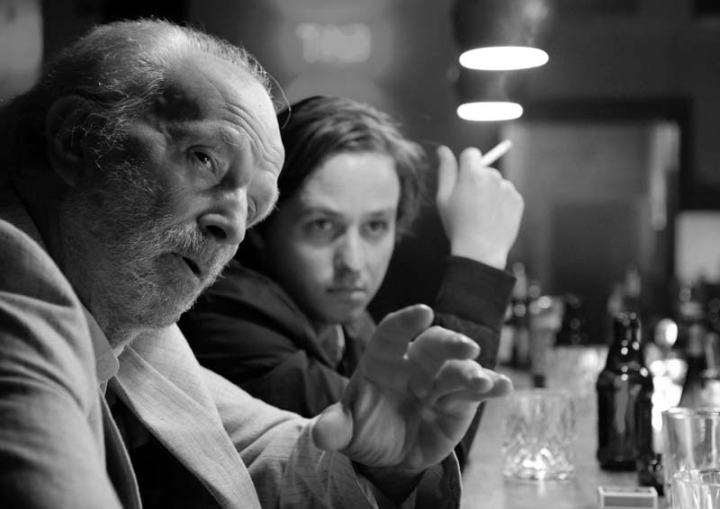 One thought on “A COFFEE IN BERLIN”