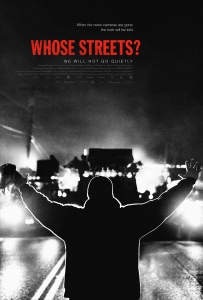 A riot is the language of the unheard. — Dr. Martin Luther King, Jr.

On August 9, 2014, at approximately 12:03 p.m. Central Daylight Time, 18-year-old Michael Brown, a black man, was shot and killed by 28-year-old police officer Darren Wilson, a white man, in Ferguson, Missouri. Just minutes before the shooting, Brown was reported in connection with a convenience store, QuikTrip, theft; when Wilson and Brown’s paths crossed, a struggle ensued and Wilson shot Brown 12 times, with the twelfth shot delivering the fatal blow. Brown was unarmed and, according to witnesses, had his hands raised in the position of surrender.

Sadly, the death of Brown, particularly at the hands of a police officer, was far too ordinary. But it was Brown’s posture of surrender that caught fire and became a protest mantra for the citizens of Ferguson. Taking to the streets, they chanted: “Hands up, don’t shoot!” Some rioted, looted stores, and burned cars. Other pleaded for answers and respect. Missouri governor, Jay Nixon, called in the National Guard, tear gas and other suppression tactics were used and America was transfixed.

Whose Streets? documents this moment with ground-level photography from the protestor’s point of view. Director Sabaah Folayan and co-director Damon Davis aren’t interested in telling any other side of the story but their own; following a handful of activists who aren’t afraid of the frontline. Folayan and Davis treat them as friends, identify them by their first names, and follow them home where they try to raise families in the midst of chaos.

This subjectivity is both Whose Streets? greatest asset and its largest handicap. While the memories of Ferguson are still fresh in viewer’s minds, they will wane and future audiences may find gaps in Whose Streets? storytelling. Should that happen, hopefully, Folayan and Davis will return to this material. No doubt there is much more they have to say.

Whose Streets? is in limited release.