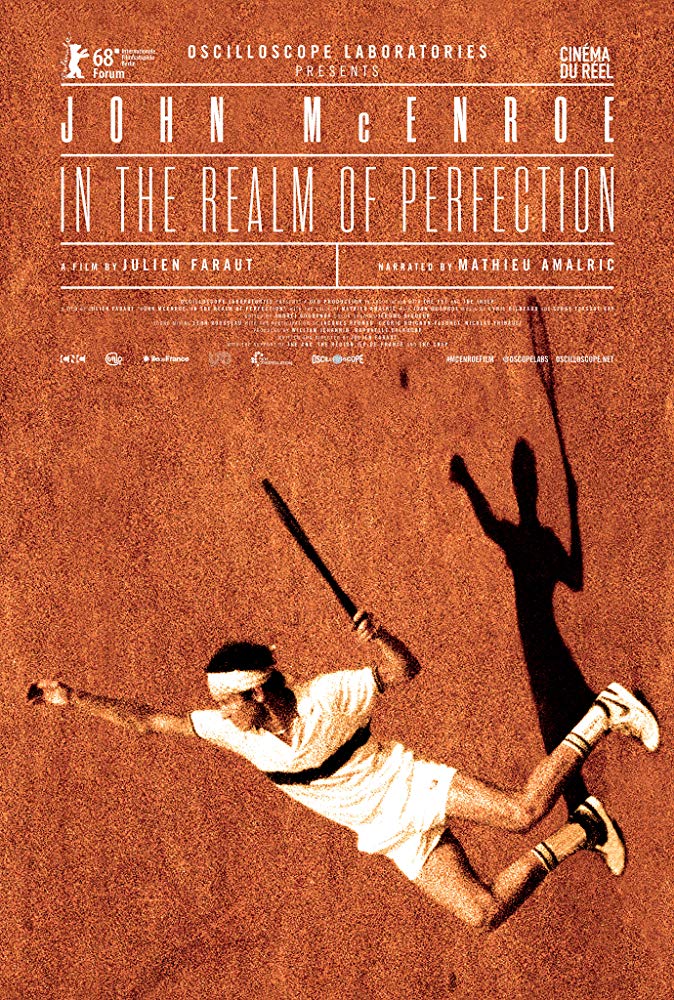 With the fourth round of the 2019 French Open underway, this weekend seems like the perfect time to re-visit one of 2018’s lesser-seen, but exquisitely constructed, documentaries, John McEnroe: In the Realm of Perfection (L’empire de la perfection).

Directed by Julien Faraut, In the Realm of Perfection was first filmed in 1984 by Gil de Kermadec, France’s first national technical director of tennis. De Kermadec’s goal to analyze tennis in motion and with McEnroe nearing perfection, de Kermadec found a worthy subject.

While it seems logical that In the Realm of Perfection would have played theaters in early June to coincide with the tournament, the movie did not make it to Colorado theaters until early September, just days after Serena Williams was penalized in the U.S. Open final for an emotional outburst. Naturally, a comparison to McEnroe’s on-court antics seemed apt:

There is no way to discuss McEnroe without discussing his temper, his on-court tantrums and what they might signify. Faraut wonders if they were not a part of the McEnroe performance, even drawing a connection between McEnroe’s antics and Robert de Niro’s intimidating acting style. But with recent events at the U.S. Open, one cannot help but see the disparity between how McEnroe was lauded for his ability to draw on his emotion while Serena Williams was penalized for it.

John McEnroe: In the Realm of Perfection is currently available to stream through Kanopy and Amazon Prime.